Walter is the upcoming venture of Sibiraj and the first look was unveiled by multi-faceted icon SJ Suryah on December 10th and it has been getting a wonderful response from the audience. The actor’s fury action look in cop avatar received appreciation from all around. Looks like this is a racy action and sure to surprise us. 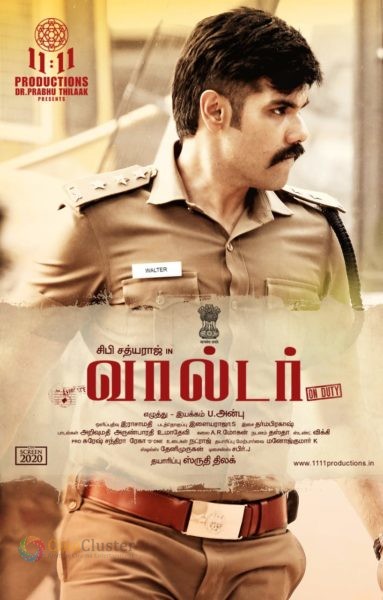 Shirin Kanchwala of Nenjamundu Nermaiyundu Odu Raja fame is playing Sibiraj’s love interest in the film and Samuthirakani appears in a strong pivotal character. Directed by U Anbarasan, the film had our attention clasped by the beginning stage for it becomes the first action thriller to be shot in the Temple Town of Tamil Nadu – Kumbakonam.

Currently, the post-production work is close on the heels of completion. Produced by Shruthi Thilak for 11:11 Productions, the official announcement on the trailer, audio, and worldwide theatrical release is expected to be revealed shortly.