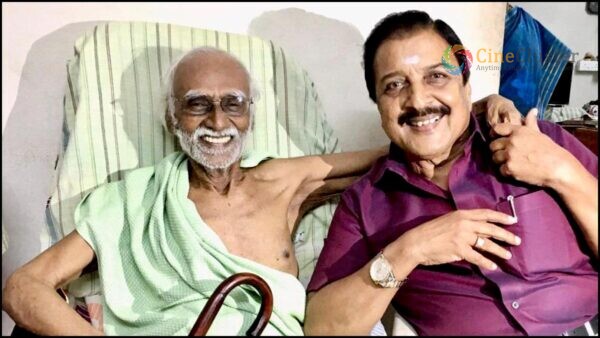 The legendary Ki Rajanarayanan is the most celebrated Tamil writer in the modern period and today he passed away due to age-related issues. He is 98 years old. Today, the last rites will be held for him. Popular Actor Sivakumar mourned over the demise of Ki Rajanarayanan by stating that he lost his godfather today. Furthermore, he said” “I lost my father ten months after I was born… I have now lost my guru Kira. Kira and Ganapathi Ammal were like a father and mother to me. I have known them for 35 years. I have also taken part in many events with him. I sincerely regret not being able to go in person and pay tribute to him due to this COVID situation. I pray to the Lord for him to rest in peace.”

Rajanarayanan was popularly known as Ki Ra and he has won Sahitya Akademi award in 1991 and the popular writer is known for six decades for his masterpiece works is truly an inspiration. Ki Ra was affected by Tuberculosis at his very young age and discontinued studies because of the disease. Only at the age of 30, he became normal relieving from the disease.