Actor Thavasi is a popular comedian in Tamil cinema. He has played several supporting and comedy roles in Tamil cinema for the past three decades. He is well notable among the audience for acting in Varuthapadatha Vaalibar Sangam and his dialogue “Karuppan Kusumbukkaran”. This successful actor is now pushed into a severe stage of unhealthy and has been suffering from Cancer. 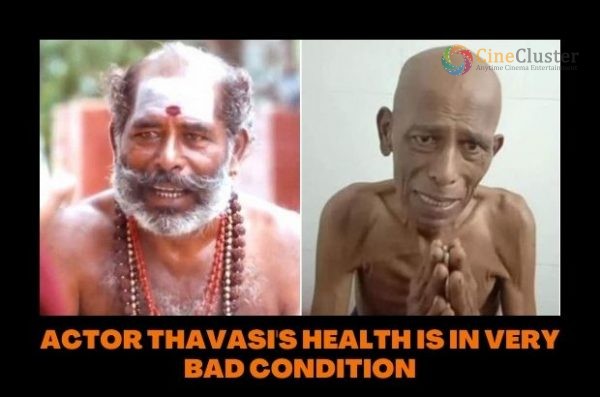 As he lost all his financial support currently he is seeking a good financial supporter to help him to come out of the cancer circle. He is admitted to a hospital and his present situation is heartbreaking. His physical appearance has pushed many of us into a deep shock. Many may even find it harder to relate him to his usual appearance as he looks skinny and very weak now.

Recently a video of him from the hospital was shared by an actor and also requested everyone to extend their support to Thavasi. In the video, the actor said, ” Thavasi Mama started his cinema career with Kizhakku Cheemayile. Everyone would have seen him as Soori’s father in Sivakarthikeyan’s Varuthapadatha Vaalibar Sangam. He left an impact with his comedy and body language and everyone was impressed with his performance.

He recently acted in Superstar Rajinikanth’s upcoming film, Annaatthe. Look at him, now his physical appearance has changed drastically. It is my humble request to all the people who are seeing this video. Please contribute how much ever you can and save our Thavasi mama. He is suffering from Cancer. He is a very lovable person who has always cared for his near and dear ones. He is not able to meet the financial needs to recover from Cancer. Share this video as much as possible and spread the word,”.

Later the actor also shared a few words and requested help. An emotionally heartbroken Thavasi said, ” In a career spanning over 30 years, I have acted in movies starting from Kizhakku Cheemayile to Annaatthe. I never thought I’d be affected by such a disease. I am not able to do anything. I am not able to talk properly. I request all my fellow actors in the industry and the people of the state to help me recover from this so that I will be able to continue my acting”.

This video has now gone viral on social media platforms and also a shocking one to Thavasi’s unexpected state. Stay tuned for more breaking updates.