Actress Meghana Raj, the wife of deceased Sandalwood actor Chiranjeevi Sarja, was admitted to a private hospital in Bengaluru yesterday. Today she gave birth to a baby boy this morning around 11 AM. Soon their family members reached the hospital to get a glimpse of the newborn baby. The news has now created a huge buzz and made  the audience very much happy and excited. The audience has been pouring the wishes for the Sarja family. 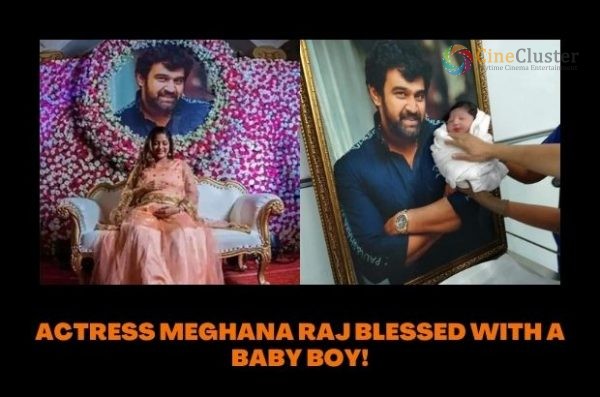 The pictures of the newborn baby are doing good rounds on social media. In one of the photos, the hospital staff can be seen holding the baby next to Chiranjeevi Sarja’s photo. Also in another photo, Dhruva Sarja is seen holding his brother’s newborn son. This super happy news was shared by Dhruva Sarja. Dhruva Sarja, the brother-in-law of Meghana Raj, took to Instagram to announce the birth of his nephew.

He wrote on his Instagram stories, “Baby boy. Jai Hanuman.” The family celebrated joy and happiness by distributing sweets among fans who have gathered outside the hospital and also by bursting crackers.  Fans and celebrities rejoiced by calling the newborn baby as “Junior Chiranjeevi Sarja”. 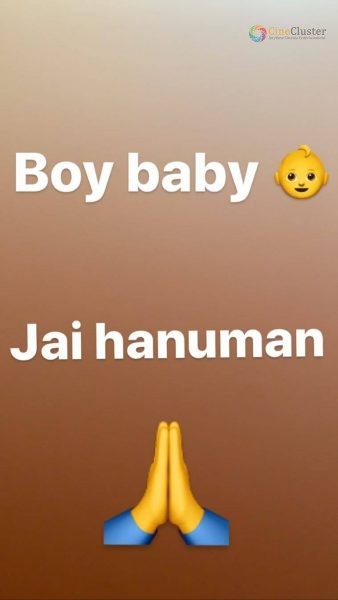 Dhruva Sarja has gifted a silver cradle worth Rs.10 Lakh to the baby. Meghana was four months pregnant when Chiranjeevi Sarja breathed his last breath. Chiranjeevi passed away on June 7 after suffering a massive cardiac arrest. stay tuned for more breaking updates.