The most popular show currently running on televisions is Bigg Boss season 4. The show commenced on October 4 in a grand way by Kamal Haasan hosting the show. Each day triggers the audience’s mind by seeing the interesting promos released by Vijay TV.

Following the promos, today’s promo made the audience more enthralling. The previous promo showcased as Shivani Narayanan was cornered by few contestants and subsequently, she was pushed closer to tears. Meanwhile, other contestants tried to comfort her with heartful words. 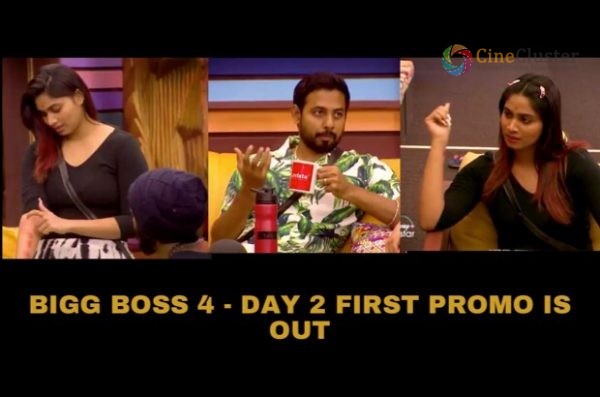 Now the interesting promo showed as, as Som sways her and tries to console her by saying that, she has a lot of fans on her Instagram, and if she is in a low mood and being upset what would they think about you? Later Aari Arjuna questions Shivani that, ” you’ll be posting a video daily on your Instagram and also you have a separate fan base for that, in what kind of thought you were posting those videos on Instagram and what is your idea about that?”.

When Shivani was questioned about this she remained speechless in the promo. Let us all wait and watch for Shivani’s reply to the question raised by Aari. Stay tuned for more breaking updates.