Bigg Boss one of the most popular tv shows which have a huge craze among the audience has many more twists and turns in each day. As the days passed, Rekha has been eliminated and running interestingly with the remaining contestants. Today the first promo has been released by Vijay tv is a drastic step away from what viewers have so far witnessed. The contestants are entering a room for a task where they all are asked to dress up in historical costumes by undergoing a physical transformation. 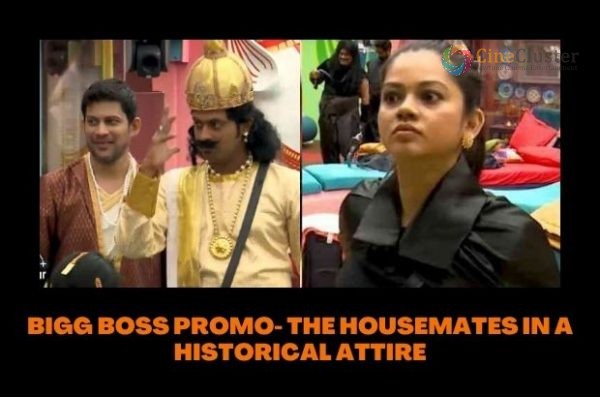 In the promo, it showcased Rio Raj holding a picture of comedy legend Vadivelu from Imsai Arasan 23 M.Pulikesi signaling he will be transforming like the actor in the movie. Also, Samyuktha wearing jewelry, while Suresh is dressed up like a demon followed by Anitha. The task allotted to them is all the contestants who got dressed up like a king ad queen must stand like a statue meanwhile when the demons will be trying to make them laugh out.

Finally, Suresh admires Rio by his new look. While Rio is seen asking everyone about his new look. It seems that tonight will be a funfilled episode. Stay tuned for more breaking updates.