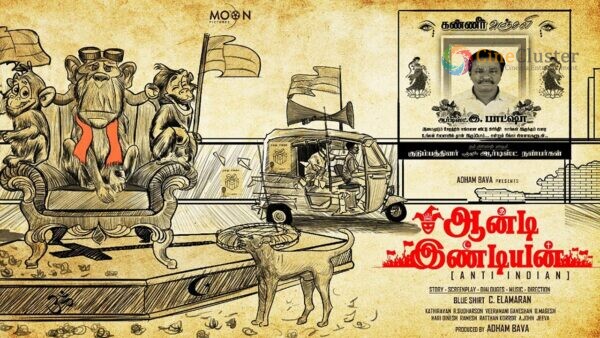 YouTuber C Elamaaran is commonly known as Blue Sattai is a famous film reviewer. He mostly criticised movies and created huge controversies. He also had a huge fan base for his criticism and his body language while giving a review. Now, he has directed a movie titled Anti Indian. Today the official motion poster of this movie is released. Maran himself wrote this movie and directed it also scored the music for Anti-Indian.

The movie is produced by Adham Bava under the banner of Moon pictures. Some days ago the movie was refused to certified by the Central Board of Film Certification. So that, it is expected that the movie has something controversial in it. Furthermore, Maaran has applied for censoring the movie by the revising committee of the Central Board of Film Certification. Stay tuned for more breaking updates.