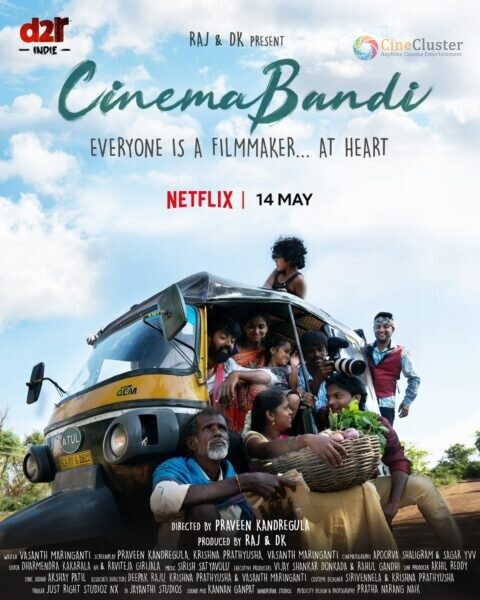 A Rickshaw driver who often cares for his village’s growth finds an expensive camera at his rickshaw. He decides to make a film with it and make it hit to get their village glow. Does he accomplish it? 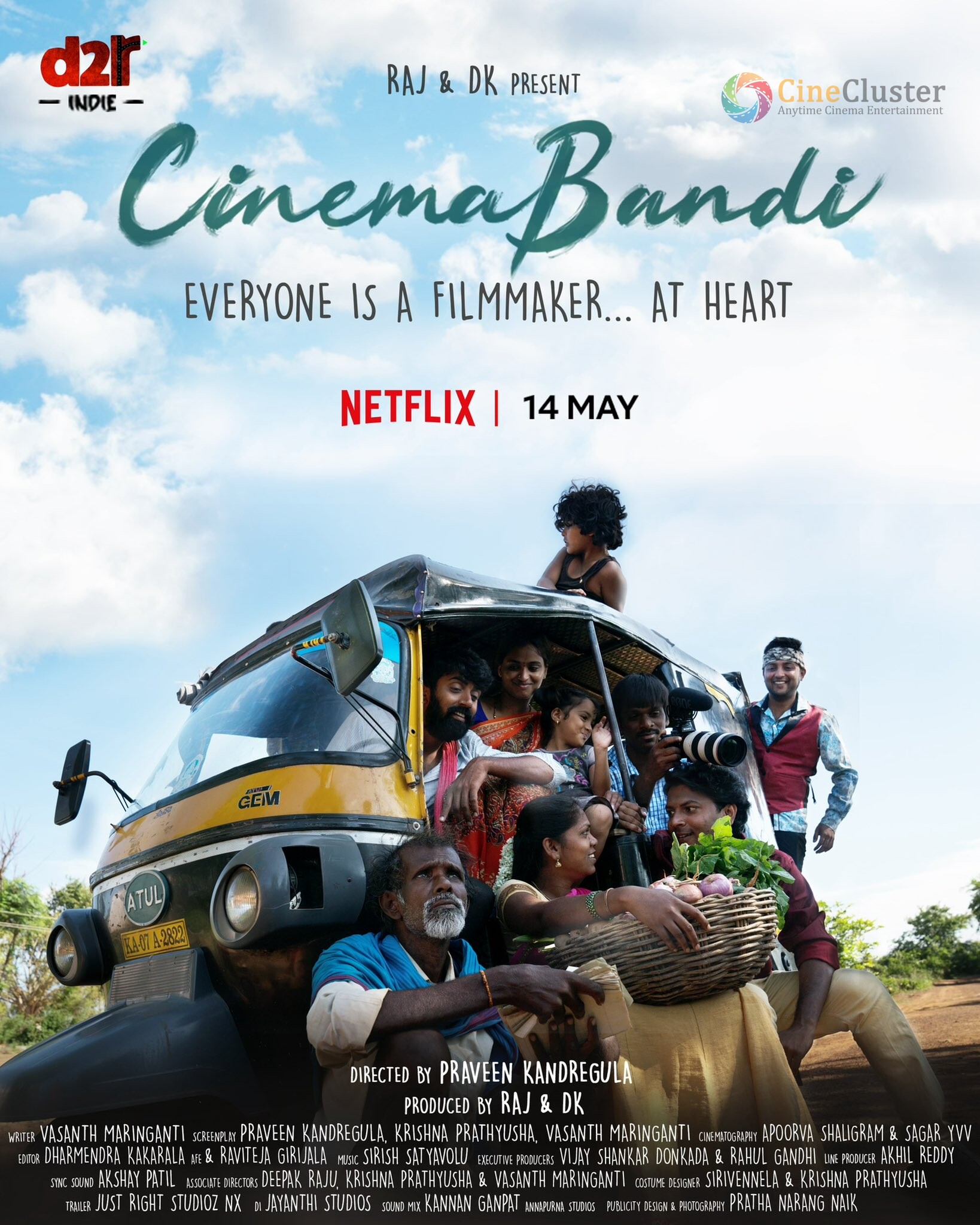 Everyone is a filmmaker… at heart. This is the conclusion given by director Praveen Kandregula. This line relates the entire concept of the story. A rickshaw driver Veerababu (Vikas Vasistha) who finds his life difficult by riding the rickshaw all throughout the day in such pit roads and accompanying his travelers with meaningful conversations about his village’s problems. Along with his wedding photographer friend Ganapathi (Sandeep Varanasi), he decides to make a feature film using the accidentally rewarded expensive camera found from the back seat of his rickshaw. Do they both make it happen? Making dreams come true, no matter how small or big they seem. is “Cinema Bandi” all about.

The debutant director Praveen Kandregula, unanimously did a great job with his screenplay and direction. Going beyond barriers like gender, locations all such stuff for making a film, Cinema Bandi has broken all such critics. Indeed, Praveen has expressed, what kind of love does a colourless village people show for making a cinema. Praveen transferred his ideology to the audience just within 98 minutes. Every single individual has the right to dream and can turn over it into reality, despite whomever you are and wherever you belong to. This strong belief makes both Veerababu and Ganapathi run for their goal i.e., to complete their picture (movie).

Veerababu (Vikas Vasistha) despite his music skills and acting in the Kannada industry, it does not spoil his presence in a Telegu comedy-drama. He makes the audience sit back and enjoy his natural dialogue and body language presentations throughout the play. Ganapathy (Sandeep Varanasi) also did a script full performance. He may be shown as blurring the camera’s focus in the film and keeping many Dutch shots as in a role of a cinematographer in the story, but he definitely blurred his reel and real-life performance. Divya (Trishara), who plays the wife role of Veerababu, leaves a mighty good impression with her performance. Maridesh Babu (Rag Mayur), who is a barbershop owner. He engaged wholly as a hero for the film and never came out from his character. Another energetic character of the film was Manga (Uma YG), who is a vegetable vendor in the market. She takes the story deeper with her strong adhering expressions that lift up the story to a funnier side.

The music of the film flows deeper into emotions with the play enacted at the right needed time. And the Cinematography took the story look more natural. The shots kept beautifully on top of a bullock cart vehicle from the story’s point of view made viewers connect naturally. A downside part of the story was, a little predictable at places but strong writing over lapses it and gives you a complete dreamer’s debutant. “Cinema Bandi”, is naturalistic to watch out for on Netflix.