Demonte Colony is a super hit movie in the Tamil industry touted as a horror movie released in the year 2015. The flick is helmed by Ajay Gnanamuthu and it features Arulnithi, Ramesh Thilak, Sananth and Abishek Joseph George. The fictional story revolves around the Demonte Colony in Alwarpet, Chennai. 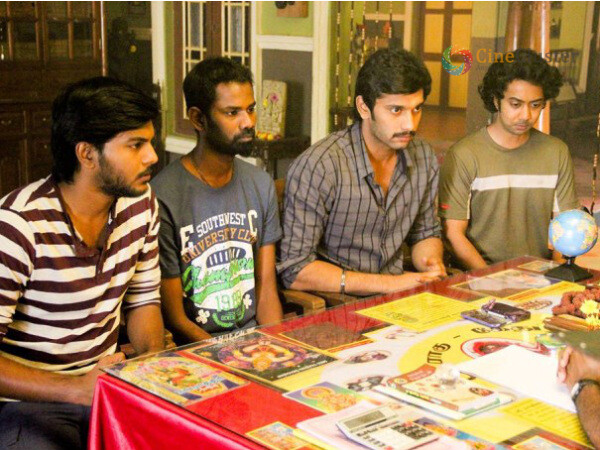 Today the movie marks the 7 years of its release. Following the success party of the movie, the director has officially confirmed the sequel of the flick starring the same lead Arulnithi. He said that he will initiate the process to start the script and screenplay of the movie and will enter the production floor very soon. Bankrolled by Ajay Gnanamuthu itself for the first time.

This movie has a good fan base and a tremendously positive response gained for the movie. It is also reported that the sequel will be continued in the name of Demonte Colony. Other the other hand, the director is waiting for his release Cobra which featured Vikram in the lead role. Also, he will be pairing up with Karthi for his next movie. An official confirmation regarding the same is awaited. Stay tuned for more updates.

With all your love and blessings, Super happy and excited to announce my collaboration with my first hero @arulnithitamil bro for #DemonteColony2 ❤️ @VenkyVenugopal the Co-Director of #Cobra will be directing the film!! #7YearsofDemonteColony https://t.co/l3IInw60wO