Dhruv Vikram is a stunning and handsome actor in the Kollywood town. Through his first movie, Adithya Varma which was a Telugu remake, he got a separate fan base and high place in the Tamil cinema through his performance in the movie. This movie was directed by Gireesaaya and produced by Mukesh Mehta under the banner of E4 Entertainment. The movie was released in the year 2019, starring Dhruv Vikram and Banita Sandhu in the leading roles.

Currently, he has been roped in for a movie with Karthik Subburaj also. Here the movie has the father and son to play together and tentatively titled as Chiyaan 60. Even the first look poster of the movie was released starring Dhruv and Vikram which gained a good response among the audience. Later he attracted the audience through his awesome photoshoots which made him gain a lot more fan base for him. 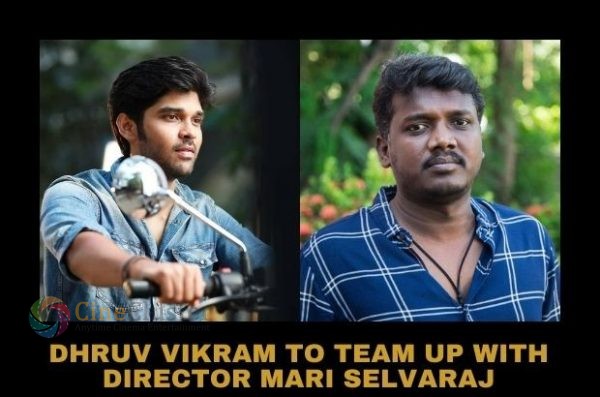 Now the ravishing part of the news, Dhruv Vikram will be teaming up with the director Mari Selvaraj for his next movie. Meanwhile, Mari Selvaraj is working with Dhanush on Karnan, an action entertainer which is based on the real incidents that took place in an estate near Tirunelveli. The report says that he was supposed to go on floors this summer but has been pushed due to the current pandemic.

The further official announcements of Dhruv Vikram’s movie under the directorial of Mari Selvaraj will be out soon with the detailed information of cast and crew. Stay connected for more breaking updates.