Dinesh Baboo has been working on a movie titled Kasthuri Mahal. The movie features Shanvi Srivastava in the prominent role and also Sruthi Prakash, Skanda, and Rangayana Raghu in the supporting roles. The first look of the poster has dropped now. The movie carries an enthralling tagline along with the poster that is Fragrance from the past. It gives a glimpse of the protagonist. 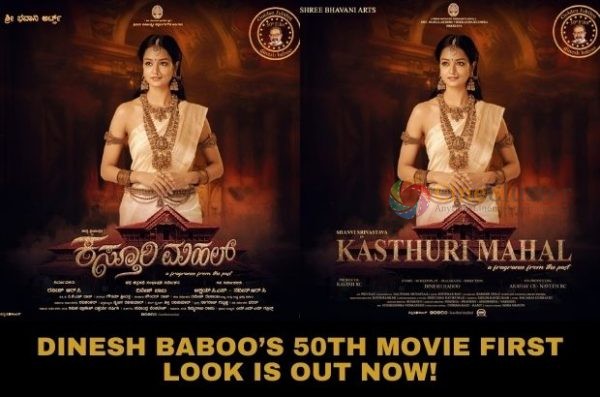 Now looking into the nuances of the poster hidden, the heroine of the movie was portrayed in an ethnic look in the backdrop of a heritage house, it sets the mood and atmosphere of this paranormal thriller. It is also revealed that the movie is based on true incidents and also derived from the personal experience of the director. The director also reveals that the movie is a thriller but can it be considered a horror movie depending on the viewer’s perspective.

Here's my #firstlook from #KasturiMahal directed by Dinesh Baboo sir. Thanks again for all the support . #StaySafe pic.twitter.com/kSDPQjuqvv

Entering into the technical crew, Guminneni will be scoring the music part and PKH Dass will be handling the cinematography. The movie may enter the floor from October 5 at Kottigehara, Chickamagaluru, and also will be shot in one stretched schedule. As this is the 50th movie for the director, it raises curiosity among the audience. The report also says that at first the title of the movie was decided as Kasturi Nivasa which was later changed to Kasturi Mahal.