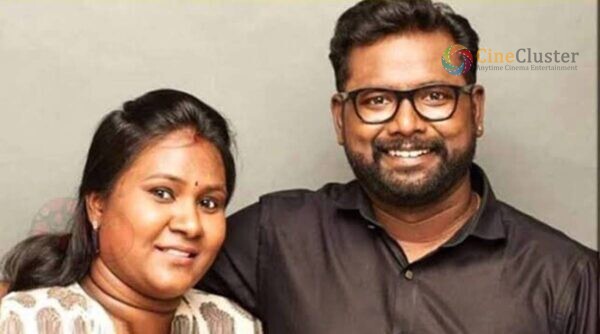 Arunraja Kamaraj is a popular Actor, lyricist, singer, director of the Tamil industry. Arunraja Kamaraj and his wife Sindhuja tested positive for covid-19 a few days back and yesterday(May 16) Sindhuja’s health condition worsened and she passed away. They were admitted to a private hospital and Arunraja Kamaraj is recovering slowly now. His wife’s death is a big shocker to the Tamil film industry and audiences. Many famous personalities expressed their deepest condolences on social media.

Arunraja’s wife Sindhuja was his greatest support that he mentioned about her in his early interviews. She was being his moral support during the toughest phases that he experienced in his life. Several famous personalities expressed their condolences to him.  Actress Aathmika tweeted, “No words @Arunrajakamaraj sir. Praying for your speedy recovery 🙏🏽”. Actor Sibi Sathyaraj tweeted, “My deepest condolences to @Arunrajakamaraj bro and his family. sorry for your loss. Stay strong brother.”

Only two weeks back Director Arunraja completed the first schedule shooting for his upcoming movie in which Actor Udhayanidhi Stalin will play the lead role. The movie is the official remake of Article 15 in Tamil and Boney Kapoor is the producer of the movie. He took his wife also to the shooting spot but now, unfortunate events have happened. Arunraja gained more fame when he sang “Nerupu da” the famous song in the movie Kabali in which Superstar Rajinikanth played the lead role.

Notably, he was the lyricist of the mass hit song “Kutti Story” of the recent movie Master. He was the director of the movie “Kana” in which Aishwarya Rajesh played the lead role. The movie was produced by his long time best friend Actor Sivakarthikeyan. Apart from that, he played a remarkable role as an actor in Actor Sivakarthikeyan’s movie, Maan Karate as Nerupu Kumar. Stay tuned!!