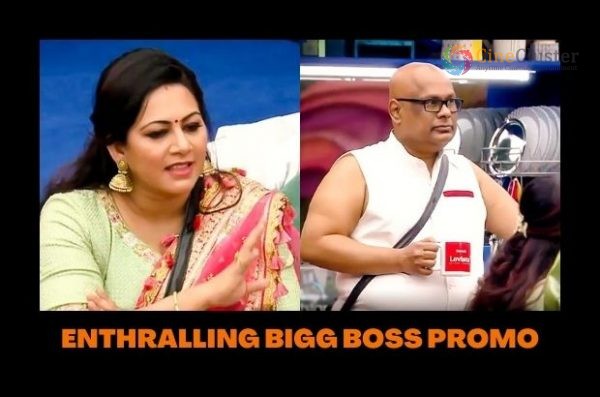 Bigg Boss is one of the most successful shows among the audience. Many twists and turns are happening inside the Bigg boss show. Following that the famous VJ Archana has entered the Bigg Boss 4 as the wild card entry. The show is now about to complete its 15 days and has had one controversial episode involving Anitha Sampath and Suresh Chakravarthy which ended in both burying hatchets by dancing together.

Now the latest promo showed us about the new housemate Archana taking on Suresh and with her quick wit and confrontational attitude cornering him as soon as she entered the home. By her attitude and questions, Suresh leaves the room in full anger as he was unable to withstand and control the situation.

Now it seems like Suresh and Archana will be the next controversial happenings in the Bigg boss home. Later the promo also showed us, each housemate got a nickname according to the behavior banged which will be given by Archana. The housemates seem to be in a light tense mood. Let’s wait for the show to know about the real. Stay connected to receive more notifications about Bigg Boss.