Bigg Boss is a successful television show. The show has been running successfully and has passed three seasons. Currently, the show is running in its fourth season. All the season was hosted by Kamal Haasan. Usually, the Bigg Boss show runs on the basis of keeping the celebrities who live in an isolated house cut off from the rest of the world by restricting the usage of mobile, tv, and other activities.

Meanwhile, they have to accept the challenges and must complete the task given by Bigg Boss to keep them safe to avoid the entry of the eviction round. Finally, the best player will be awarded a grand prize. Now the fourth season is running in a grand way which began on October 4 and has 10 days of completeness. Things have slowly started to fire up inside and many fights and disputes have arisen among the housemates. 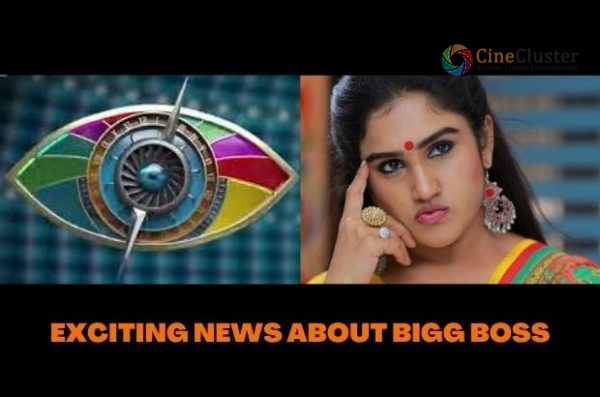 Where some were pushed into an emotional state and some were sharing the hated words in between the arguments. In certain episodes, all were given a chance to speak about their life journey. In which many of their life journeys have left the viewers to feel so emotional. Now the latest surprising news about the show is. Vanitha Vijayakumar, one of the popular contestants in the Bigg Boss season 3 stated that the show is not a scripted one. When one of her fans tagged her in this, she denied the speculation and said that the show is not scripted by the channel or the organizers of the show.

Vanitha tweeted,” It’s never scripted by @vijattelevision channel or @EndemolShineIND only contestants go inside with their own script and strategy.” This tweet made crystal clear that the show is not all scripted or planned; it happens in its own way.

It's never scripted by @vijaytelevision channel or @EndemolShineIND only contestants go inside with own script and strategy https://t.co/bu4T075iBW

Now the audience may have got a clear vision that Bigg Boss totally runs in its certain way by the behavior of the housemates. Stay tuned for more breaking updates.