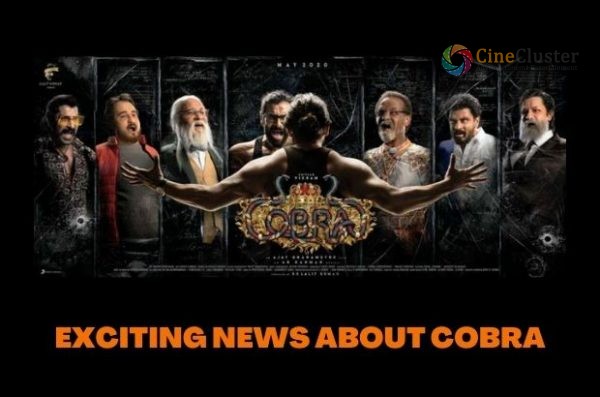 The technical crew includes A.R.Rahman as the music composer, Harish Kannan as the cinematographer, Bhuvan Srinivasan as the editor. The producer of the movie is S.S.Lalit Kumar under the banner of Seven Screen Studio. Now the happy part of the news is, the team of Cobra has begun dubbing for the movie on the auspicious occasion of Vijayadashami.

The news was shared by the production house with few pictures and wrote, “On this auspicious day, starting the Dubbing #Cobra #ChiyaanVikram @Ajay Gnanamuthu @arrahman #HappyVijayadasham.” Later the director of the movie also wrote,” Resuming works #Cobra Dubbing !! #ChiyaanVikram @Lait_SevenScr @7scrrenstudio.” The team started the dubbing with a small pooja on the occasion of Vijayadashami. Stay tuned for more breaking updates.