One of the ace and a legendary director in the Tamil industry is for sure Mani Ratnam. His recent release was Putham Pudhu Kaalai. He is also the man who revolutionized Tamil cinema. His long time project which has been delayed for various reasons is Ponniyin Selvan. The upcoming epic movie is written, directed and co-produced by Mani Ratnam under the banner of Madras Talkies along with Allirajah Subaskaran under the screen of Lyca Productions. 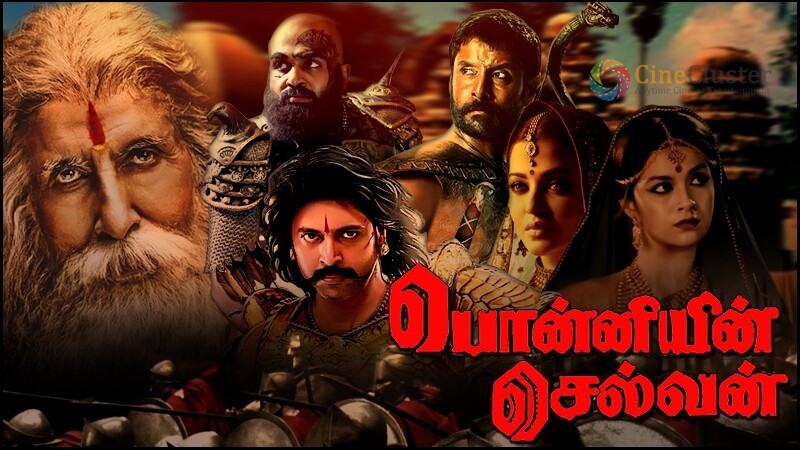 The movie is also co-written by Elango Kumaravel and B.Jayaram. Now it’s time for us to enjoy the update from the legend. YES!! PONNIYIN SELVAN is back to the floor. Mani Ratnam is currently busy in shooting for his dream project Ponniyin Selvan, the historical project. The shooting of the movie is happening in Ramoji Film City in Hyderabad. The technical crew includes B.Jeyamohan penned the dialogues, Music by A.R.Rahman, Ravi Varman as a cinematographer, Sreekar Prasad as editor.

The cast list includes a big list as it features Jayam Ravi, Karthi, Vikram, Sarathkumar, Jayaram, Aishwariya Rai Bachchan, Trisha, Vikram Prabhu, Aishwariya Lekshmi, Sobhita Dhulipala and others.  Now according to the latest reports, the makers of the movie have shot a agrand song sequence and the song has been titled as Kuravai Koothu and an official confirmation on the same has waited. The song was shot wonderfully by including more than 200 dancers and also it is said that the song will be a major highlight of the movie.

Brindha has choreographed the song and she took to her Twitter page to share her excitement on working on the song.  By sharing the pictures along with Mani Ratnam and other dancers Brindha wrote, “ Ponniyin Selvan, Happy to be working with my guru Mani sir. He’s a true genius. Fantastic visuals talented Ravi varman. Scintillating music by Rahman sir, a pleasure to choreograph for his songs. assistants Leela, Prasanna, Raghu, are my backbone. Finally, my dancers are my strength.”.

This development has excited the fans and we are sure that it is going to be a visual treat for the fans. It is reported that the movie is almost done with 70% percent and the leftover part will be completed within a few days in the ongoing schedule. As the movie has been shot on a massive scale with the big budget the expectations of the movie has grown very much higher among the audience. more official updates regarding the movie will be reaching us in the coming days. Stay tuned and connected with us for more breaking updates.