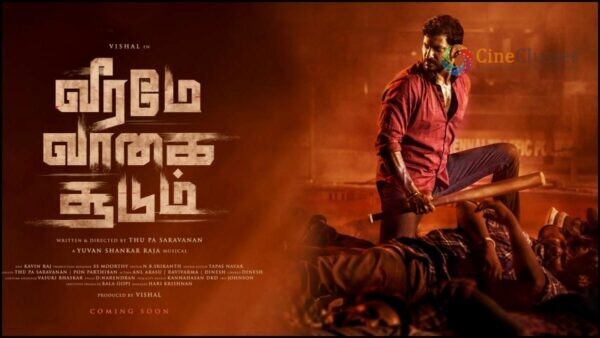 One of the popular stars in the Tamil industry is Vishal and the star is celebrating his birthday today. On this special occasion, the title and the first look poster of his upcoming movie have been unveiled by his team. Vishal 31 is officially titled Veerame Vaagai Soodum and its first look looks enthralling. By looking from the poster Vishal looks in a Traffic angry mode and the movie might have an action-packed storyline. 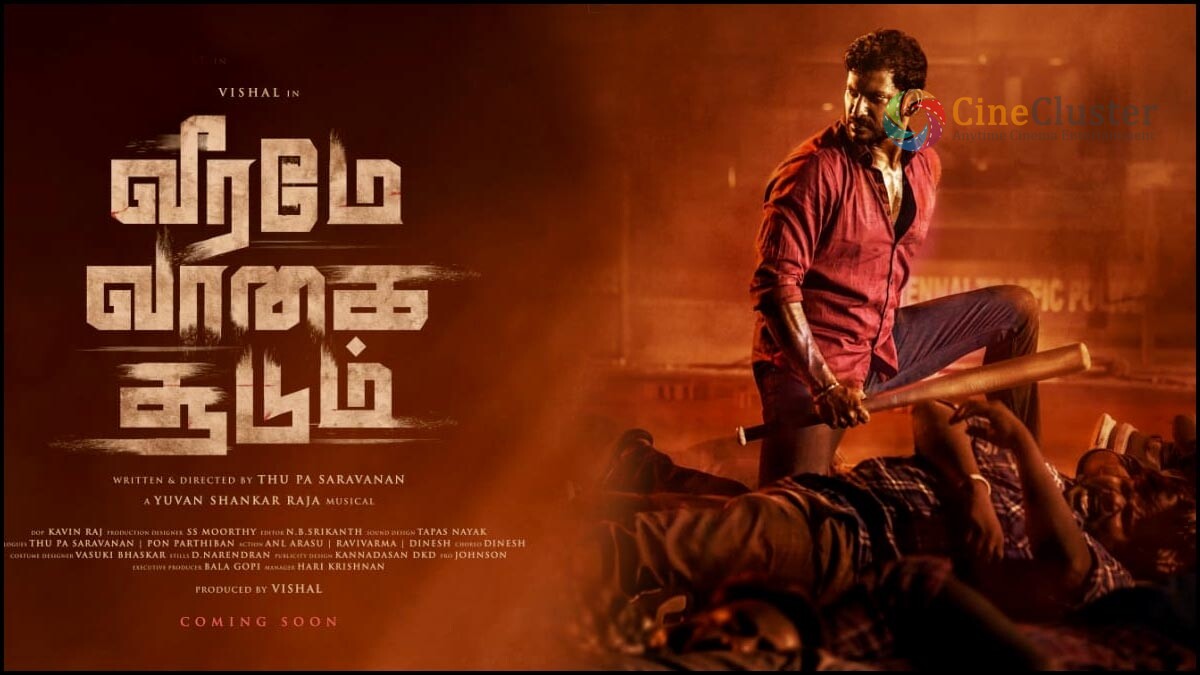 The technical crew of this upcoming movie includes Thu Pa Saravanan as the director, Yuvan Shankar Raja as the music composer. Kavin Raj as cinematographer, Srikanth NB as the editor and SS Murthy as the art director. It is reported that the shooting of the movie has almost been completed and only a few portions are leftover. Veerame Vaagai Soodum features Dimple Hayathi as the female lead, while the supporting cast includes Yogi Babu, Raveena Ravi, SPR Akilan, and Babu Raj.