Simbu is one of the most famous actors in the Kollywood industry. He has been now working on a movie which is tentatively titled as SilambarasanTR 46, under Suseenthiran’s direction. He has undergone a massive physical transformation for this movie and also has shed a few kilos. It is earlier reported that Simbu will be seen in a new avatar in this movie. His fans were eagerly waiting for the title and the first look of the movie to be revealed. 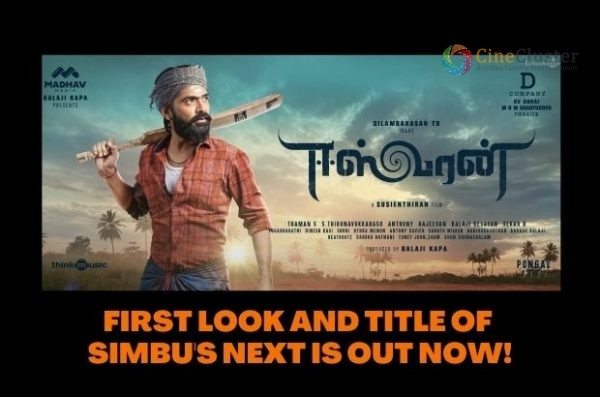 Upon his return to social media, STR announced the title and the motion poster on the auspicious occasion of Vijayadashami. He also stunned and surprised the audience with his mass look and the title. The production is going in full swing at Dindigul with the main cast and crew. Now the wait is over, the movie has been titled EESWARAN. The highly anticipated new look of Silambarasan had a great and massive response among the audience.

Also, the official updates have been given out that the  movie will hit the screens in theatres in 2021 as a Pongal treat. It is expected that Suseenthiran and Simbu will be looking for a powerful comeback through this movie. The movie features Nidhhi Agerwal as the female lead and Bharathiraja in the supporting role. The music is composed by SS Thaman and S Tirru as the cinematographer and Anthony as an editor with the team planning to wrap production in a single schedule.