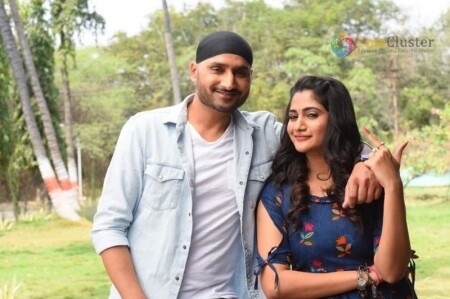 Friendship is an upcoming movie in the Tamil industry. Touted to be a romantic sports drama. The flick stars Arjun, Losliya, Santhosh and cricketer Harbhajan Singh in the lead role. The movie is helmed under the directorial venture of John Paul Raj and Sham Surya. Now it has been reported that the movie will be hitting the screens in the coming September. The filmmaker of the movie said that ‘It would be a special film set in Kovai. It speaks about friendship.

We on call it a film like Pudhu Vasantham. Boys and girls can be just friends. Also, there is a strong message. Arjun was impressed listening to the story and readily agreed to do it. Losliya and Harbhajan have done their part well. Both were cooperative. There is a Rajini anthem for which Harbhajan has shaken his legs. ‘Also they added that, “Friendship has come big and beautiful. Everyone will be thoroughly entertained”.
Produced by Seantoaa Films Cinemas Studio. The movie will also be released in Hindi, Kannada and Telugu as a dubbed version. It is expected that the person with a friendly feel will love the movie. So check the movie with your friends and enjoy. Stay connected for more breaking updates.