Gamanam is the upcoming multi-lingual movie which is written and directed by Sujano Rao. The movie features Shriya Saran, Shiva Kandukuri, Priyanka Jawalkar, and Nithya Menen in the pivotal roles and Suhas, Charuhasan, Priya, Indu Anand, Sanjay Swaroop, Bithiri Sathi, Nehant, Ravi Prakash, and Raju in the supporting roles. The movie will be released in five languages like Tamil, Telugu, Malayalam, Telugu, Kannada, and Hindi. Ilayaraja is the music composer of the movie. 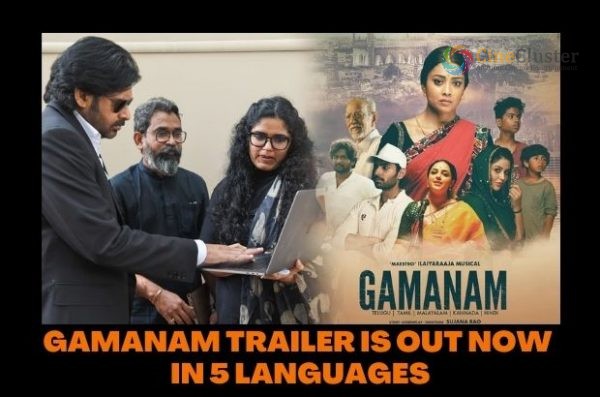 The movies revolve around a compilation of three stories which has been inspired by a real-life incident. On leaping through the story line, Shriya will be seen as playing the character of a hearing-impaired woman whose husband works overseas. He abandons and stabs her due to her imperfection and leaves her and her child all alone. While the second story, Shiva and Jawalkar are a couple in love. Shiva plays an aspiring cricketer who hopes to represent the country someday.

The story will tell whether Ali’s reaches his goal or not. In the trailer, he will be saying a line, ” One day you will find me in the newspapers too like Kapil Dev and Dhoni.” The third part of the story revolves around a young boy who has been born and raised in a slum. The movie showcases the abject poverty he lives in and how his only goal is to celebrate his birthday. These stories seem to be tied together by one event by a natural disaster that strikes the city.

Now today, the teaser of the movie which has a strong script has been unveiled in 5 languages. Pawan Kalyan launched the Telugu version and Jayam Ravi, Shiva Rajkumar, Sonu Sood, and Fahadh Faasil have released the trailers in Tamil, Kannada, Hindi, and Malayalam versions respectively. The release date is yet to be announced by the makers. Stay tuned for more breaking updates.