One of the handsome actors in the Kollywood industry is Gautham Karthik. Now the actor has joined with the director S Ezhil for a new thriller movie. The movie will also feature ace actor and director Parthiban in a prominent role and Sai Priya as the female lead. The news was officially confirmed on November 22 and now enthralling details about the movie have been revealed. The movie will revolve around a story of a murder mystery thriller that is based on a crime novel written by renowned writer Rajesh Kumar. 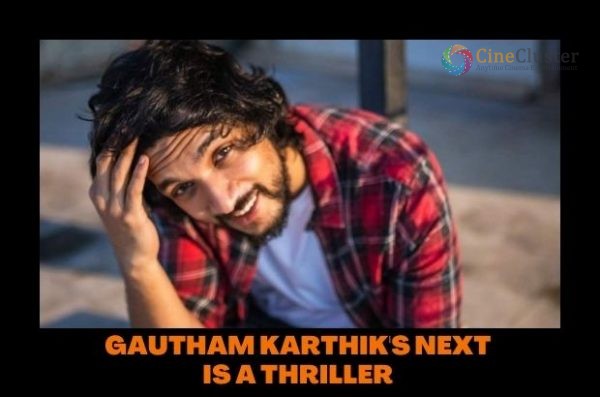 The team along with the cast and crew are in the process of production. The technical crew includes RB Gurudev as the cinematographer, D.Imman as the music composer, Gopi Krishna as the editor, and NR Sugumaran as the art director. The dialogues for the movie are penned by Murugesh Babu and Vijay Kumaran as the producer.

The producer of the movie said, ” Director Ezhil for the first time in his career is doing a thriller and as a producer, I have immense faith and belief that this film will be a huge success. Gautham Karthik and Parthiban’s performances will add so much more value to the film. I am eager to watch the final copy of the film already.”

Entering into the work front of Gautham Karthik, he has many movies in his pipeline. One with the director Badri Venkatesh and also he is a part of the Mani Ratnam’s anthology Navarasa in director Ponram’s portion. Next, he will be making his debut with the director Nathan. His fans are also eagerly waiting to see him and STR share screen space together. Stay tuned with us for more breaking updates and official confirmations.