Director Gautham Menon is one of the topmost filmmakers in the industry. He is very much famous for his movies which has the essence of true love. Also for his style of showing women characters in his movies. Recently he joined with actor Silambarasan for a movie titled Vendhu Thanindhadhu Kaadu. This is the first movie in his career to choose a subject with a village outline. 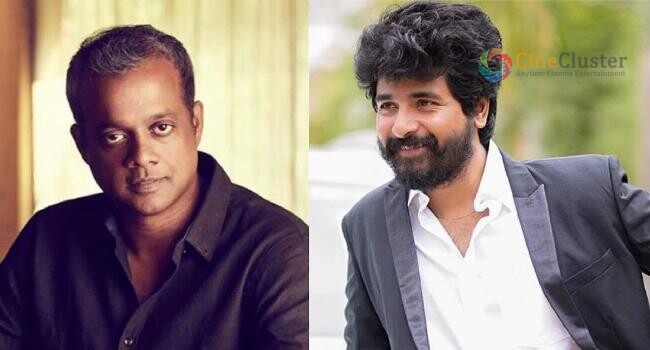 Now another exciting update has been revealed regarding his next movie. It is reported that he has signed a movie with Sivakarthikeyan for his next directorial outing. Preethaa Ganesh, the vice president of Vels Group of Institutions, in her latest Instagram story, confirmed the news. An official announcement of the same, however, is awaited. Also,o it is said that the project will go into production only next year.

It also marks Gautham’s third consecutive collaboration with Vels Film International after Joshua Imai Pol Kaakha and Vendhu Thanindhadhu Kaadu. Meanwhile, Gautham is busy with the production of Vendhu Thanindhadhu Kaadu. Also on the work front of Sivakarthikeyan, he is busy with the shooting of his upcoming film Don. Written and directed by Cibi Chakaravarthi, the film also stars S. J. Suryah, Priyanka Arul Mohan, Samuthirakani and Soori in the supporting cast. Stay tuned for more official updates regarding this upcoming movie. Stay connected!!