Ace Cinematographer Bhuvan Gowda recently announced the first schedule of his upcoming movie titled Salaar. The movie features Prabhas and Shruti Haasan in the leading role and now the team has completed their first schedule of Salaar with KGF fame director Prashanth Neel. The shoot of the first schedule recently commenced in Godavarikhani, Telangana. Bhuvan shared the happy news on his Twitter handle. 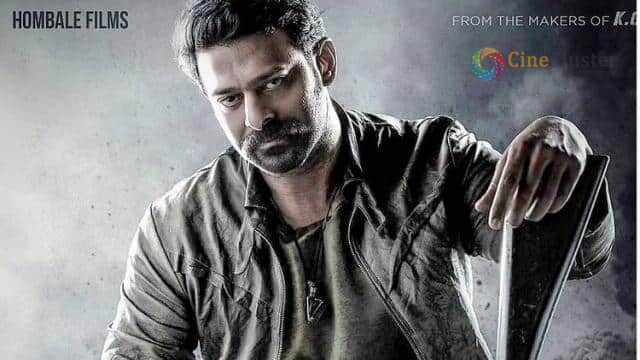 He shared a BTS picture from the sets and wrote, “Climbing a mountain. #SALAAR end of 1st schedule.” The movie was officially confirmed in December 2020 in Hyderabad with a pooja ceremony and KGF star Yash graced the occasion as the chief guest. The upcoming movie will be in a genre of action saga and it will be produced by KGF producer Vijay Kiragandur.

Recently few stills and videos from the sets of the movie are said to be leaked online and this revealed Prabhas look. In the leaked stills, Prabhas had a look of a mechanic with Khaki Pants with a belt and t-shirt. Recently the makers of the film roped in Shruti Haasan as the film’s female lead. The announcement was made on her birthday and Prabhas welcomed her on board.

In an interview with Times of India, Shruti Haasan has opened about bagging the big ticket and acting opposite Prabhas where she said, “I’m super excited to be a part of this project. It’s a great team and I’m looking forward to working with Prabhas as well. As always, what drew me to the role was the character I get to portray. Her flow in the larger narrative is interesting and I’m excited to bring her to life.” More official updates will be reaching us in the coming days. Stay tuned with our site for more breaking updates.