Jayam Ravi is a versatile actor and always comes up with a different script. It is a well-known fact Mohan Raja and Jayam Ravi will be soon seen in the sequel of Thani Oruvan 2. The first part of the movie was released in the year 2015. The movie was helmed by the same director Mohan Raja and produced by Kalpathi S Aghoram, Kalpathi S Ganesh, and Kalpathi S Suresh under the banner of AGS Entertainment. The music was scored by HipHop Aadhi. 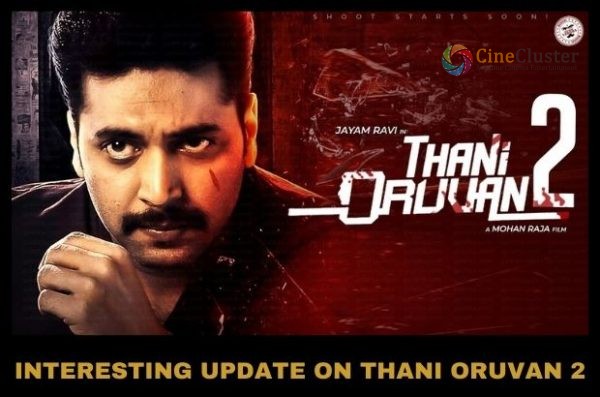 It is an action thriller starring Jayam Ravi, Nayanthara in the lead roles, and Arvind Swamy as the antagonist. The movie also includes Ganesh Venkataraman, Harish Uthaman, Nassar, Thambi Ramaiah, and Mugdha Godse in the supporting roles. Now the amazing and the happy part of the news is here, Jayam Ravi is all set to join hands with the crew members and commence the project of Thani Oruvan 2. The brothers’ duo is clicking again for a seventh time in their careers for the big awaited sequel of the Thani Oruvan.

Now the reports have released that the movie enters the floor for the production process by February 2021. As the team is already finished the scripting process is currently busy with the pre-production process, the team members are in a swing. Here Jayam Ravi will reprise the much-loved character Mithran IPS in the movie, the leading character Nayanthara is also expected to reprise in the movie.

The project which is an action thriller is also expected to bring back all the major faces of its prequel, except the antagonist Arvind Swami. The complete details of the cast and crew are yet to be revealed. Stay tuned for more breaking updates regarding the movie.`