Vijay Sethupathi one of the versatile actors in the Tamil industry. Commonly called Makkal Selvan in the Kollywood industry by his fans. Currently, he has been engaged to play an important role in a movie titled Kutty Story which is a love anthology movie under the directorial part of Nalan Kumarasamy. The title of Nalan Kumarasamy’s part is Aadal Paadal. 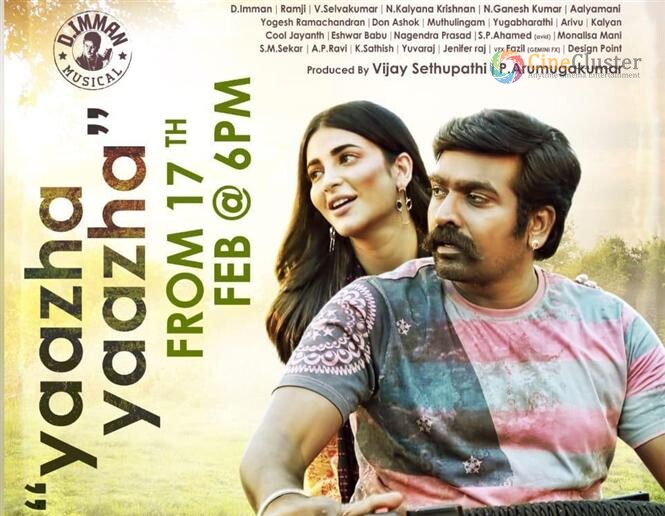 In the upcoming movie, he shared his screen space with the Aruvi fame Aditi Balan. The movie has got an overwhelmingly positive response among the audience. 2021 has been set up as a fresh start to Vijay Sethupathi as his two releases Master and Kutty Story has bought him very good fame and increased his fan base. Now his next release will be a movie titled Laabam under the directorial of SP Jhananathan who is known for his impactful movies like Iyarkai, Ee, Peraanmai, Purampokku, and the list goes on.

The upcoming movie Laabam is a socio-political drama that is said to talk about the plight of farmers and the problems that they face due to commercialization. Also, the movie will raise a few prominent questions regarding the framers. The movie features Shruti Haasan in the prominent role and Jagapathi Babu, Sai Dhansika, Kalaiyarasan, Ramesh Thilak, Prithvi Rajan, Daniel Annie Pope, Nithish Veera, and others.

Produced by Vijay Sethupathi Productions in association with P Arumugakumar’s 7Cs Entertainment Pvt. Ltd. now the latest update of the movie is, The first single is all set to release tomorrow (February 17) under the music score of D.Imman. The title of the song is Yaazha Yaazha and is crooned by Shruti Haasan and is penned by Yuga Bharathi.