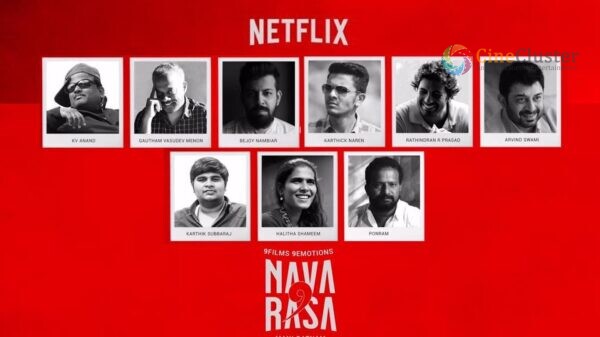 Legendary director Mani Ratnam’s next production venture is Navarasa, an anthology. The anthology focuses on nine rasas and so, there are nine short stories in the anthology each one focussing on each rasa. Accordingly, nine stories are directed by nine talented directors. The project is a highly expected one that will be released on the Netflix OTT platform. Fans are highly excited to witness the nine stories.

The anthology’s entire revenue and financial gain are be donated to the FEESI Union workers as they were badly affected because of the pandemic situation in 2020. Meanwhile, one of the nine anthologies is directed by Karthick Naren and that starres Arvind Swami in the lead role. This anthology focuses on the Adbutha Rasa(Surprise) and it is a Sci-fi thriller.

Karthick Naren was appreciated by the legendary director and Karthik Naren shared his excitement with his fans in his recent interaction with them. Karthick Naren wrote, “He texted, “Read the script Karthik. Enjoyed it. Looking forward”.” and this how Mani Ratnam appreciated him. Hearing such words from the most experienced and successful director elates Karthick Naren undoubtedly. Stay connected for more exciting updates. 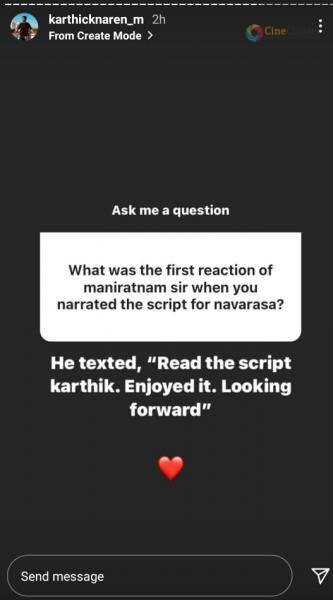