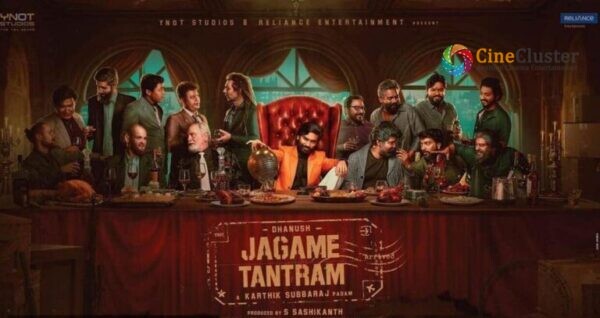 Jagamae Thandhiram on Netflix is Notorious, Carefree & Falls in dilemmas 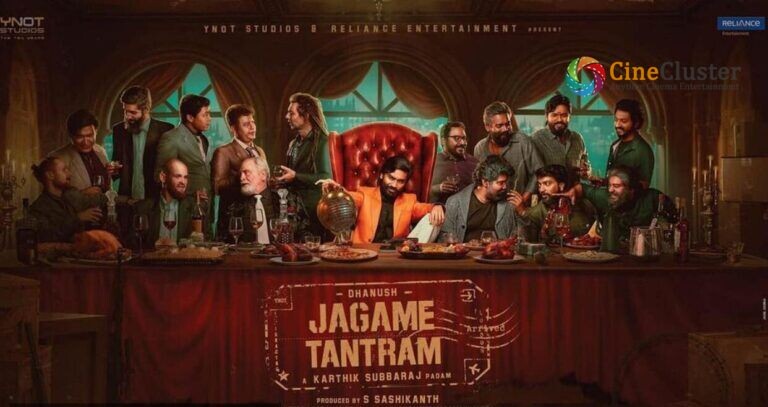 Synopsis:
Jagame Thandhiram is a gangster thriller that is about the adventures of Tamil Nadu-based don Suruli (Dhanush) who is settled in London. The carefree and smart man is hired by an international don to eliminate his enemy, but he is unprepared for the moral dilemmas that follow once he takes up the assignment. A good versus evil story is told with lots of twists.

Review:
Dhanush plays Suruli, an unapologetic gangster from Madurai, who also runs a hotel. He is hired by Peter Sprott (Game of Thrones‘ James Cosmo), a Britain-based gangster, to cancel out his nemesis. Peter is an ultra-right conservative who wants to extradite all the immigrants from the country. He is so drunk in his white privilege that even his car plate reads ‘White Power’. So why did he bring a Madurai-based gangster to London to do his work?

why it is Suruli from Madurai is picked, is something that is never explained at all. Sure the man has swag, his entry scene is minimalistic and his energetic steps for the “Rakita” is awesome! But we are not sure how Suruli’s local exploits were enough to impress an infamous mob boss in London. And also, which IT appraisals discuss ‘Best Gangster’ in their meetings, that made Suruli’s name reach the ears of Peter? Is it something un-logic?

Suruli reaches London, told to monitor the activities of Peter’s rival, a Tamil gangster Sivadoss (Joju George). Within days, Suruli manages to get an entire blueprint of Sivadoss’ activities. Though, for all his shrewdness, he misses out on one big undertaking of Sivadoss that made him a respected figure among the immigrant community. Revelling in the turf-war between Peter and Sivadoss, Suruli finds an opportunity to make himself richer. In the meantime, he also falls for Attila (Aishwarya Lekshmi), a single mother who sings at a pub.

Dhanush’s role carried out a lot of expectations, but the film did not deliver it, actually. A kind of empathy is all the director needed, which came through at last for a while. Good writing from Subbaraj is always expected for the gangsters but not that impressive this time. The well-known Hollywood actor James Cosmo who featured in the popular show Game of Thrones, played the antagonist role in Jagame Thandhiram. A Tamil gangster thriller film written and directed by Karthik Subbaraj starring Dhanush, Sanchana Natarajan, Aishwarya Lekshmi, Vauxhall Jermaine and James Cosmo in lead roles, while Joju George and Kalaiyarasan portray supporting roles and also the Mollywood actor makes his debut in the kollywood industry. Santhosh Narayanan is definitely the best contributor for Jagamae Thandhiram. Made great scores adding up to the album. The DOP and the Edits are neatly packed which sets the mood to grab the popcorn for a watch!