“A clinical act of killing a film to perfection can be such like, Jai Bhim”. It is hard to tell at which part of the film there was no tear in my eyes… The film is the essence, moral, and showed such an impact on the tribal community’s rights and respect. 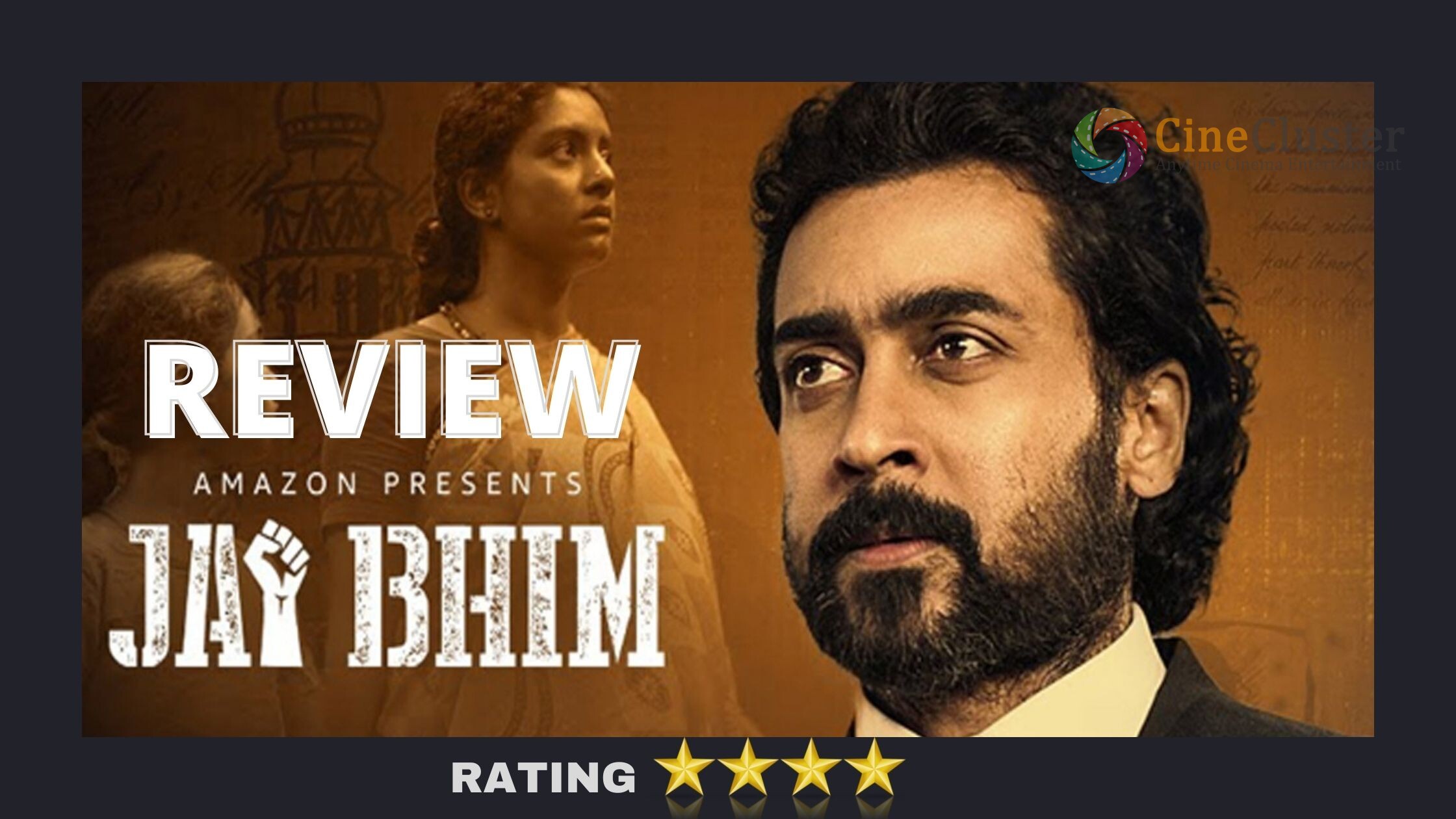 Jai Bhim tells you what experience and tough pathway did the tribal pregnant woman underwent when her husband went missing from police custody. How she gets her justice in the court is the rest…

The story relatively opened in front of the Cuddalore prison gate, where a bunch of prisoners were released. Getting the community’s name from every individual, police segregates the prisoners who were released and came out. A particular caste named Irular community (so-called Kuravar’s) prisoners were made to line up specifically and was finally taken away from one prison to another as a new victim of another pending case. The story then travels and introduces the picture’s heroes. Senggeni (Lijomol Jose), the wife of Rajakannu (Manikandan) belonging to the Kuravar community catches snakes, does hunting and provides natural treatment for the poisons of snakes (which was portrayed in the film). Director T. J. Gnanavel, immensely brought down the true events that happened in the 1990s in Tamil Nadu in pictures. With the usual Tamil cinema’s montages, everything starts well and finally it meets the plot soon.

The police station and the policemen’s irresponsibility act of behaviourisms enlightens up quickly escalating the story to the senior lawyer Chandru (Surya) who played a conscientious advocate role who fights enormous odds to bring justice to a community invisibilised by modern-day power politics. Here all began, the Jai Bhim which is inspired by the life of this Justice Chandru, a former Madras High Court judge. He filed a case on behalf of a tribal woman. The story of the film is based on this case. As Rajakannu meets up with a false theft accusation on him, as stealing jewels from his village’s president house, the police use him to close the case by accusing him but it all turns around dramatically to unexpected twists and turns.

Rajakannu’s strong conscience of not surrendering to the police for the mistake he hasn’t committed and does not want to be portrayed as a thief for his whole life, his adamancy forced the officers to kill him up in the lock-up custody. Senggeni (Lijomol Jose), her devastating act of performance throughout the films speaks up this brutal crime play, Jai Bhim. Senggeni’s dubbing of the Tamil film adds more depth and emotions to the story. Even though she’s a Keralite, her Tamil language speaking style perfectly suited the native slang of the Irular community which helped the audience delve deeper into her lifestyle experience. The costume work done by Poornima Ramaswamy is a tremendous birth-giving blessing to the story. As the story builds up Senggeni’s body language builds up beautifully, especially with her costumes. She is driven more close to the audience with her physical body language and the costume change appearance. She naturally took the screen presence space positively along with Chandru. The director’s script sense was clinical and closed too tight.

As we spoke about Senggeni, how can I leave the Rajakannu? He was bizarre to the viewers this time. His Role committed as a tribe, he delivered it in the performance exceptionally well. And chandru does not with much talk to be commented on, he acts as a lawyer and supports senggeni to get her justice. Not the “so-called Masala Suriya” to be entertained and noted, but enacted as a normal advocate chandru. Thanks to the director for not including the massy elements at any place in the film. The next one to surprise the audience was I. G. Perumalsamy’s role. Just turned out to watch a new kind of role played by the star Prakash Raj. Breaking the stereotypes, sharing the protagonist part with chandru at the later end of the story made the script something new for the Tamil cinema viewers. As seen in the earlier decades these two paired the pros and cons roles and here it was surprisingly new on the screen to watch these two working together. That was a clean character selection from the director.

The dialogues made strong positive for the story, expected scene dialogues weren’t exposed which made the story stay strong. The lifestyles of the tribes shown in the movie was a great piece of work from Art Director Kathir. Cannot miss out on the scores from Sean Roldan, making every scene more relatable with an intentional sound and music. The cinematography and the edit and also no part to comment on. Shots made for an eternal star of the Kollywood industry in a non-masala film came out well. Jai Bhim, bit the longest form of film but till never gives you time to wipe of your tears. Jai Bhim now streaming on Amazon Prime Video.