Unexpected news crashed the whole social media into shock. Losliya Mariyanesan is a famous actress and a successful participant in the Bigg Boss season 3. The actress featured in a popular show and impressed many with her style. Later she got an opportunity to play lead roles in Tamil movies. According to the latest update it is revealed that the father of Losliya passed away due to a Cardiac arrest in Canada. 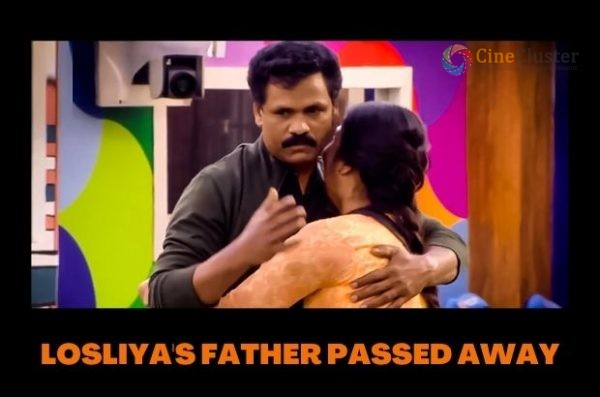 The young actress took her social media to share a picture with her father. As soon as the news reached the online platforms, all her fans shared their condolence message to her and her family with photos of Losliya and his Father. Mariyanesan was working in Canada and He shot to fame after he entered the house during the freeze task.

When it was not expected that he would enter the house as he was in Canada, he came and surprised everyone. Even though he showed his wrath to her after entering the house as she was in an affair with Kavin. At first, he yelled at her and later he comforted her when she promised him that she would make him feel proud.

Reportedly this might be the actress’s last meeting with his father since he returned to his working place before the completion of the show. Now the lovely bond which was shared between them is no more. Let us all pray for his soul to rest in peace and also deep condolences for his grieving family. Stay tuned for more breaking updates.