Maara is the upcoming movie in the Tamil cinema which features a chocolate boy of 09s kids Madhavan in the lead role. This movie is directed by Dhilip Kumar. Produced by Prateek Chakravorthy and Shruti Nallapa under the banner of Pramod Films. The technical crew includes Dinesh Krishnan and Karthik Muthukumar as the cinematographer, Bhuvan Srinivasan as the editor, Ajayan Chalissery as the art director, Anbariv as the stunt master and Tapas Nayak as the audiographer. 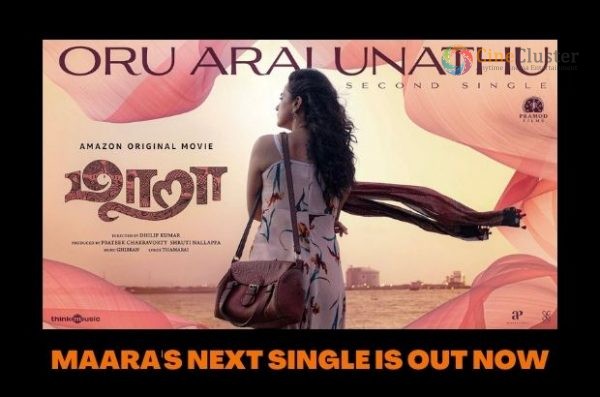 The movie features Sshivada and Moulee in the supporting role. Maara is the official remake of Dulquer Salmaan and Parvathy’s Charlie. The movie had received good expectations among the fans. Here Shraddha Srinath will be reprising the role of Parvaathy. The movie will be streaming on Amazon Prime from December 17. The makers of the movie are currently busy with post-production.

Now the latest update about the movie is, a new song from the movie has been released and it is titled Oru Arai Unathu. This is the second single from the movie. This melody song is crooned by Yazin Nazir and Sanah Moidutty and the lyrics have been penned by Thamarai. While the music director of the movie is Ghibran. Who is known for giving powerful, energetic, and also pure love songs for his fans.

The lyric video of the #OruAraiUnathu – Second single from #Maara is here.

The Video also had a few pictures of Madhavan and Shraddha. The video has been released in Think Music, the official YouTube channel who also owns the music rights.