Master is the Tamil movie which was released on January 13 at all the big screens. The movie was directed by Lokesh Kanagaraj and produced by Xavier Britto. The movie is the first big Tamil theatrical release this year.  The movie had a monstrous success among the audience and has broken the record of getting the biggest box office collection career. 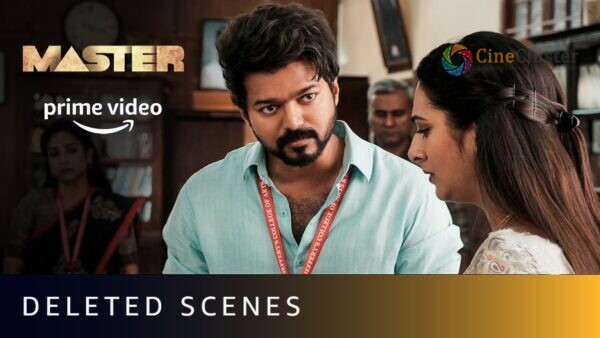 The movie has successfully run 25 days in theatres and also now in streaming on Amazon Prime from January 29. The movie featured Vijay, Vijay Sethupathi, Malavika Mohanan, Arjun Das etc. In the movie, Vijay plays the role of a professor named JD aka James Durairaj who is loved by his students. The actor in the movie is introduced through a fight scene.

Now a deleted scene from the movie which was released on Amazon  Prime has gone viral and also shared by his fans virally on social media. The scene in which Vijay is seen standing up for his students, especially women, has the actor’s fans bowled over. The scene is probably a continuation of the movie’s introductory fight sequence in which he jumps from a public bus to a metro train and tries to bring back two students who flee after a case of sexual harassment is filed against them by another student.

Now, this scene has received a good positive response and felt the scene might have been included in the theatres also. If it had happened the scene would be a trade setter scene for many more years in Tamil cinema. Due to some issues, the scene has been deleted it seems. Now along with the deleted scene, the movie has also been running successfully and constantly receiving an overwhelmingly positive response from the audience. Stay connected with our space for more breaking and exciting updates.