The next upcoming movie of Mohanlal is being directed by B. Unnikrishnan and titled Aaraattu. Now the exciting update about the movie has been revealed. Malayalam superstar Mohanlal has begun his shoot for his upcoming movie. The actor took to social media and shared a few on-set photos as he joined the team for the shoot. 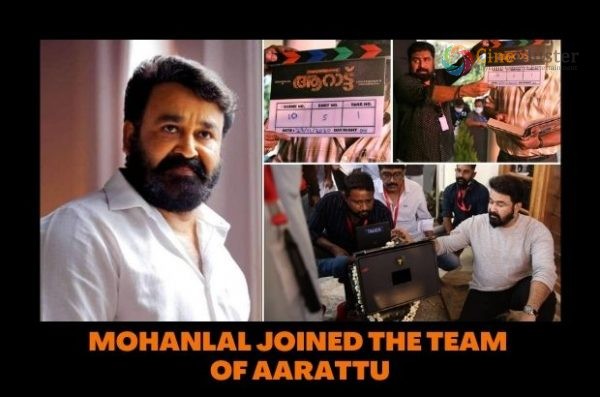 Mohanlal wrote, “Joined the sets of my new movie “Aarattu” Directed by Unnikrishnan B and written by Udayakrishna B.” After wrapping his shoot for Drishyam 2, Mohanlal has moved on to his next movie. his fans are eagerly waiting for the movie to hit the screen. The upcoming Drishyam 2 is a crime drama which is helmed by Jeethu Joseph.