The lady superstar of the Kollywood industry is our most favorite actress Nayanthara. She has more exciting projects lined up on her list and one among those is Netrikann. Her next upcoming movie  is a thriller which is  directed by Milind Rau of Aval fame. Also, the movie is produced by Nayan’s boyfriend under the banner of Rowdy Pictures. This most expected thriller movie happens to be Nayan’s 65th movie. 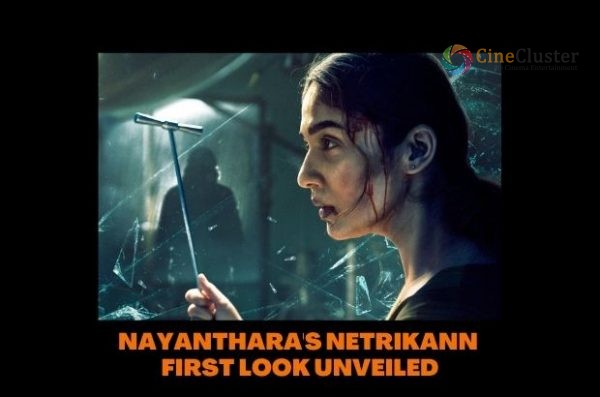 The technical crew includes, music is scored by Girishh, RD Rajasekhar as the cinematographer, Lawrence Kishore as the editor, Dhilip Subbarayan as the stunt master, and S.Kamalanathan as the art director. With these fantastic crew members, the team has now released the first look of the movie which looks quite thrilling and intriguing. Leaping through the nuances of the poster, it has various elements that make the audience more curious about the script of the movie.

Also Nayanthara looks ravishing in the poster as she is holding a reflex hammer in her hand. In the movie, Nayanthara will be seen as playing the character of a visually challenged lady. It is expected that she will be having a prominent and challenging role in the movie and the audience are super excited to see how the lady superstar aces the character.

Here is the first look of Lady Superstar #Nayanthara’s #Netrikann

Entering the work front of Nayanthara, she will be next seen in Mookuthi Amman under the directorial of RJ Balaji and an important role in Rajinikanth’s Annaatthe movie. also has a movie with Vignesh Shivan as the director by co-starring with Vijay Sethupathi and Samantha Akkineni. Also very recently she has been committed to a Malayalam thriller movie titled Nizhal. So the busy bee has more upcoming movies in her pipeline to entertain the audience. Stay in touch to receive more notifications regarding the movie. stay tuned!