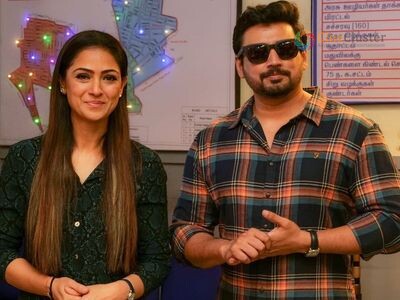 Andhagan is the remake of the Bollywood movie Andhadhun that will feature Prashanth and Simran in lead roles. Andhadhun is a crime thriller movie that featured Ayushmann Khuranna, Radhika Apte and Tabu in main roles.

Abdhagan, the Tamil remake of Andhadhun is directed by and produced by Thiagarajan under the banner of Star Movies. The movie also features Karthik Smauthirakani, Vanitha Vijayakumar, KS Ravikumar, Urvashi, Yogi Babu, Priya Anand, Leela Samson in significant roles. The movie is now in the post-production stage and the release date of this movie is fixed for the month of September 2021. Stay tuned for more updates.