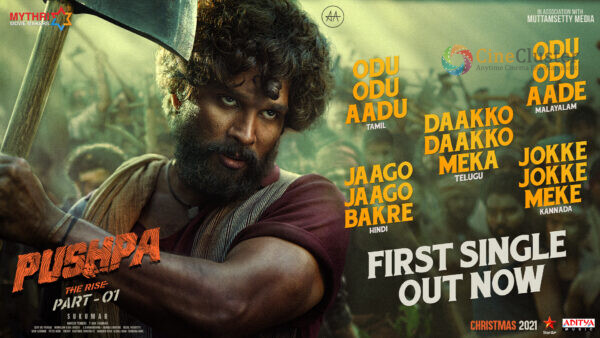 Allu Arjun is a popular actor in the industry. He is currently working on a movie titled Pushpa: The Rise. The movie is written and directed by Sukumar. The technical crew of the movie includes Mirosław Kuba Brożek as Cinematographer, Karthika Srinivas as Editor, and Music by Devi Sri Prasad. Bankrolled by Naveen Yerneni and Y. Ravi Shankar under the banner of Mythri Movie Makers in association with Muttamsetty Media. 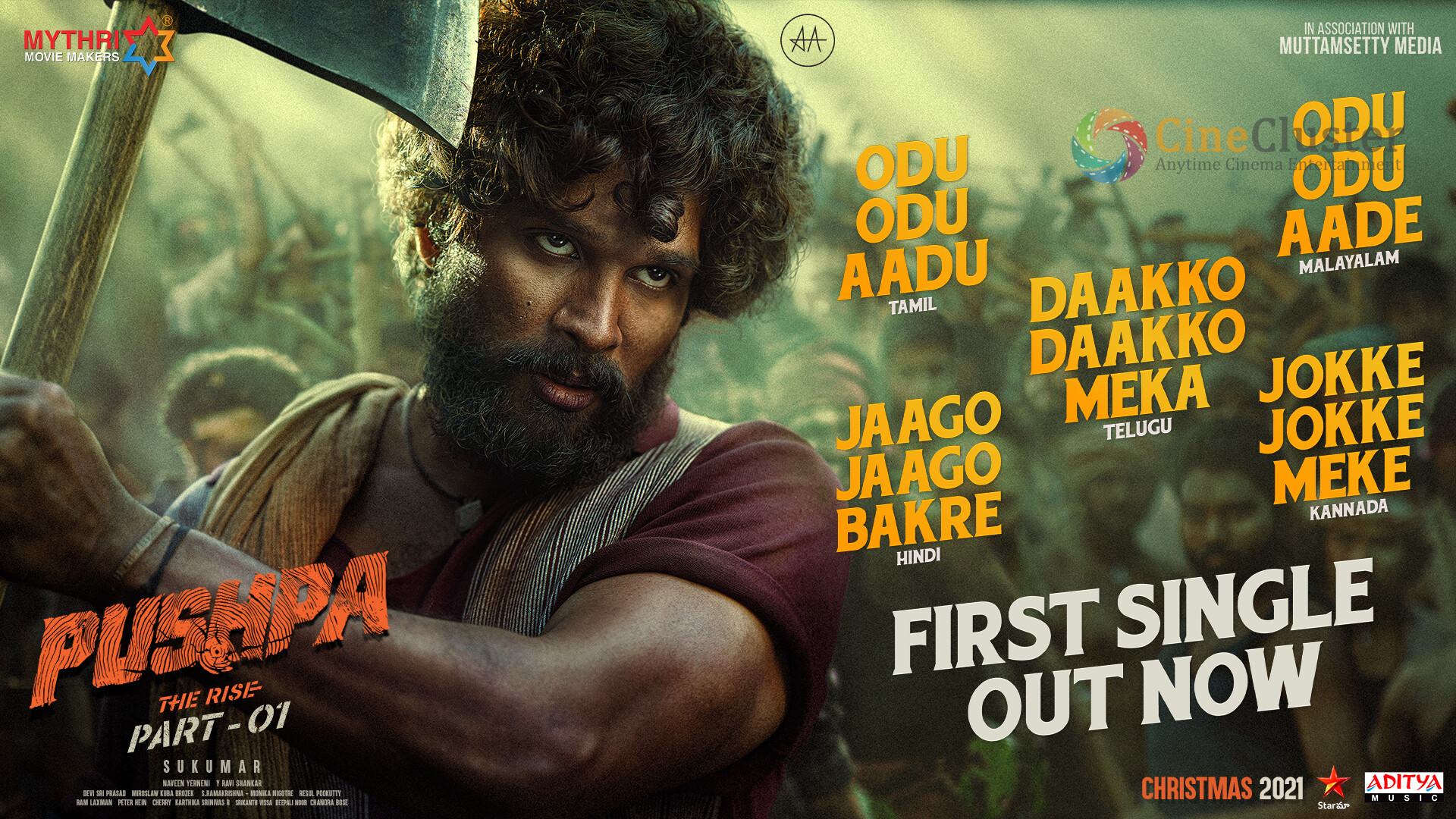 The movie features Allu Arjun, Fahadh Faasil, and Rashmika Mandanna in prominent roles. Today a piece of exciting news has been unveiled from the makers of the movie. The first single of the movie has been released today (August 13). The song has been released in 5 languages. The title of the first single is Odu Odu Aadu in Tamil, Daakko Daakko Meka in Telugu, Odu Odu Aade in Malayalam, Jaago Jaago Bakre in Hindi and Jokke Jokke Meke in Kannada.

The song has some groovy steps by Allu Arjun and catchy tunes by music composer Devi Sri Prasad. The song has grabbed the audience’s attention and received a positive response from the audience. Sharing the first single, Allu Arjun wrote, “Here it is the first single from #Pushpa is out now! #DaakkoDaakkoMeka #OduOduAadu #OduOduAade #JokkeJokkeMeke #JaagoJaagoBakre #PushpaTheRise (sic).”

The movie shows Allu Arjun as Pushpa Raj, a smuggler of red sandalwood, Fahadh in the antagonist role. Fans are already excited to see the Icon Star Allu Arjun in a rustic look in Pushpa: The Rise. Now the release of the song has given a bit more expectation and curiosity to his fans. Stay tuned for more exciting updates.