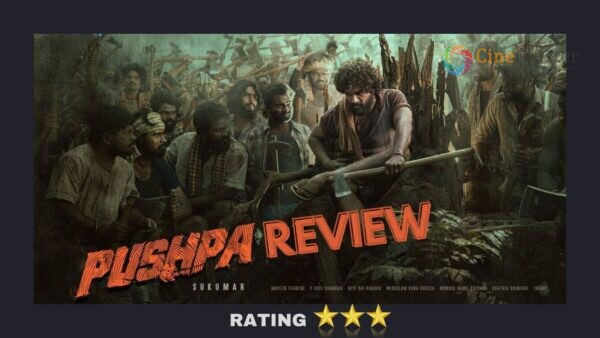 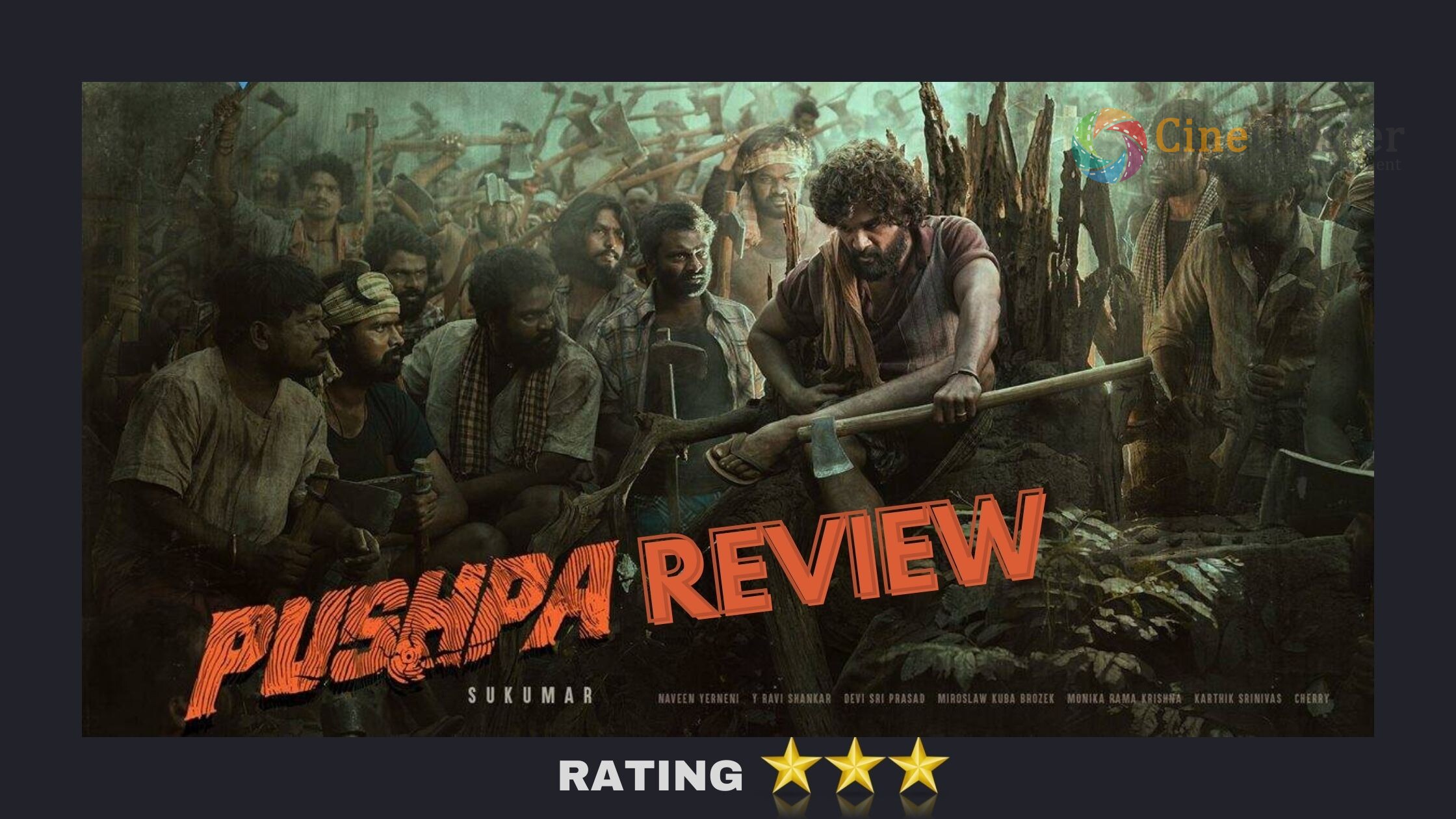 Pushpa Raj (Allu Arjun) is a coolie who illegally chops down red sandalwood and sells it to the authorities. Sukumar delves into uncharted terrain with Pushpa: The Rise. His performance is a mixed bag that’s too lengthy at points but delivers on its promises. Pushpa: The Rise is a love story, and this decision may not sit well with everyone. The film stays true to its subject matter and concentrates on the minutiae of red sanders smuggling. Final showdown between Pushpa and Shekawat (Fahadh Faasil) falls flat because it is hurried.

In this rustic masala film full of punch lines, people who speak in the Chittoor dialect, and a plot that is deeply entrenched in the area it is situated in, Sukumar delves into uncharted terrain with Pushpa: The Rise. Expectations after Rangasthalam were already sky-high. As it turns out, his performance is a mixed bag that’s too lengthy at points but delivers on its promises at other times. Pushpa Raj (Allu Arjun) is a coolie in Seshachalam who illegally chops down red sandalwood and sells it to the authorities. Pushpa progressively learns to regain his footing and ascend the ranks in a syndicate made up of many players until the guy who used to cut down these trees is now the one issuing instructions. Srivalli (Rashmika Mandanna) isn’t his weakness; it’s the bigwigs Konda Reddy (Ajay Ghosh), Jolly Reddy (Dhananjay), Mangalam Srinu (Sunil) and his wife Dakshayani who are his real enemies. One of Pushpa’s many temper tantrums is caused by his brother (Ajay) refusing to let him claim his family’s ancestry, which may quickly send him into a frenzy. Just as Pushpa is about to achieve his life goals, IPS Bhanwar Singh Shekawat (Fahadh Faasil) shows up, threatening to overturn the carefully created system that Pushpa has established.

Films like Pushpa: The Emergence generally focuses on the rise of the underdog. So there’s nothing new for Sukumar to discover here. For the first time, instead of jumping right into the action, he takes the opportunity to build up Pushpa’s character and tale over the course of a three-hour feature-length picture. Despite all the hype, this film is ultimately a love story, and this decision may not sit well with everyone. Pushpa has made enemies of many individuals, but none of them has been able to match his unbending temperament until Shekawat arrives. When Sukumar’s film stays true to its subject matter and concentrates on the minutiae of red sands smuggling, Pushpa’s role in smoothing things up, and so on, the film does well. This is where the picture fails, since it doesn’t always work or even contribute to the bigger tale when it attempts to pull off an unusual (and problematic) relationship between him and Srivalli. As long as the tale moves along a predictable route, Pushpa’s role as her knight-in-shining-armour doesn’t matter. In addition, the ultimate showdown between Pushpa and Shekawat falls flat because it is hurried and because the character of Shekawat is uninspiring. In several sequences, the visual effects, art direction, editing, and sound design are all mediocre, to say the very least. The fact that Pushpa: The Rise’s crew was under pressure to meet a deadline was not hidden, and it shows in the film’s flaws. The technological hiccups simply accentuate the shortcomings in a run-time that seems to be unjustified. As far as the film’s casting and directing are concerned, Pushpa: The Rise shines the most. At times, Devi Sri Prasad’s BGM may be disappointing, but his music more than makes up for it by seamlessly blending with the tale. Devi Sri Prasad. Director Sukumar and cinematographer Mirosaw Kuba Broek seem to have found their creative rhythm for this picture, as their work seems to enhance one another. The attire of Pushpa’s persona changes according to his position in this universe. As a result, the supporting cast is given an opportunity to shine, even though they are often cast as cookie-cutter characters. Rashmika also feels out of place in a testosterone-heavy picture. When it comes to Sunil, Anasuya is given a chance to show she’s a good match for this environment. To no one’s surprise, Oo Antava’s, appearance by Samantha evokes cheers.

It’s clear that Pushpa: The Rise is all Allu Arjun’s show. His performance as a rugged figure who is vulnerable in ways others don’t notice shows through in this role. In songs like Saami Saami and Eyy Bidda Idhi Naa Adda, Allu Arjun’s fans may be happy to see him dance briefly, but his best work comes in fight scenes with Peter Hein and Ram-Laxman, who create some of the best action sequences in the industry, or when he refuses to accept the label “coolie oda” because he knows that he is better than that. Aside from the accent he worked so hard on, he also gets to show off his acting skills, and when he takes on a film this large, he even manages to make you laugh. It’s promising when Sukumar’s Pushpa: The Rise closes things up and sets things up for Pushpa 2. Despite the film’s flaws, it makes you want to see what comes next. It’s just to see whether Fahadh and Allu Arjun manage to light the screen on fire. That would be awesome.