Vijay Sethupathi’s upcoming movie is Tughlaq Durbar helmed by Delhi Prasad Deenadayal. The movie is bankrolled by Lalit Kumar under the banner of Seven Screen Studios. Earlier, reports were flooded that Aditi Rao Hydari will be playing the lead role opposite to Vijay Sethupathi in the movie but now the latest update released by the crew members is that Aditi Rao Hydari has been replaced by Raashi Khanna. 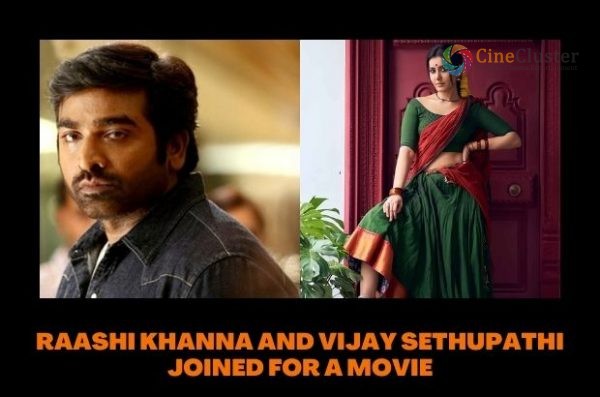 The director of Tughlaq Durbar revealed the news that Aditi has to leave the project due to date issues. He said, “We tried our best to work out the date issues with Aditi, but it didn’t work out. Our next immediate choice was Raashi Khanna. She plays a Marwari girl and fits in the role perfectly.” Also, it is reported that Raashi Khanna liked the script and immediately gave a nod. The movie also has Manjima Mohan, R.Parthiban, Gayathri in the pivotal roles.

The shooting has been completed almost 50% percent and will be wrapped around by December month. The director of the movie also revealed that they have finished most of the portions in February. Amid the COVID-19 pandemic, the director is still figuring out how to work on the remaining one song which requires many people in the background. Here Vijay Sethupathi is reportedly playing a corrupt politician. Stay tuned for more breaking updates.