Ramya Pandian is a popular actress in the Kollywood industry. She made her first debut in Raju Murugan’s Joker. Now she is very famous and has a separate fan base among the audience as she appeared in the Vijay Tv reality show and is now participating in Bigg Boss. 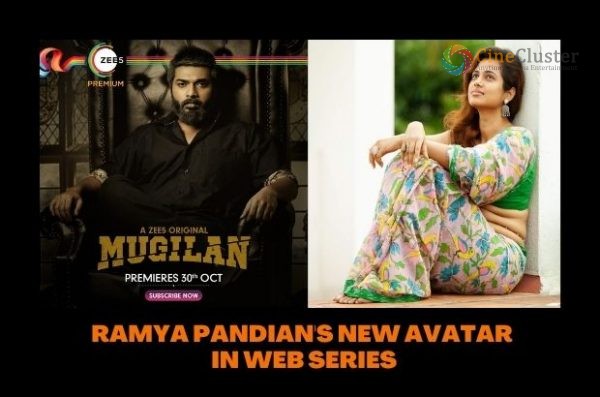 Now surprising news about her has been revealed that she will be making her digital debut with Mugilan which is backed by ZEE5. The series will feature Karthik Raj, who is a well known television male lead. Also, it includes Robert, Adukalam Naren, and Junior Balaiah in key roles. ZEE5 revealed that Mugilan is touted to document the rise and fall of a gangster.

Mugilan is penned and will be directed by Sri Ram Ram. Music will be scored by Vishal Chandrasekar, the series will be available to stream from October 30. The series will be the first to be streamed during the Covid-induced lockdown. Stay connected for more official updates.