Sibi Sathyaraj is a popular actor in the Kollywood town. Earlier there was a report that the director Dharanidharan of Raja Ranguski fame will be joining hands with Sibiraj for a movie titled Ranger. Following that, today the team of Ranger movie has revealed the first look. The first look featured Sibiraj with a rifle gun in a jungle standing next to a tiger that’s captured and caged. The look also has actor Kaali Venkat in a uniform standing behind Sibiraj with both hands tied together. 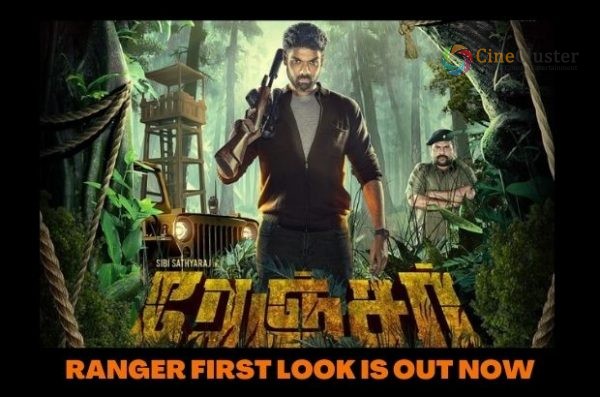 Ranger is said to be based on the true incidents predominantly the case of Avni, the tigers who were shot dead in Yavatmal forests last year, as well as similar incidents in Valparai and Ooty. The movie also has Ramya Nambeesan in the female lead role and Madhu Shalini of Avan Ivan fame, Sayaji Shinde, and Kaali Venkat in the supporting roles.

The movie has been shot in Chalakudy, Vagamon, Palakkad, and Talakona. The technical crew includes Arrol Corelli as the music composer and Kalyan Venkataraman as the cinematographer.