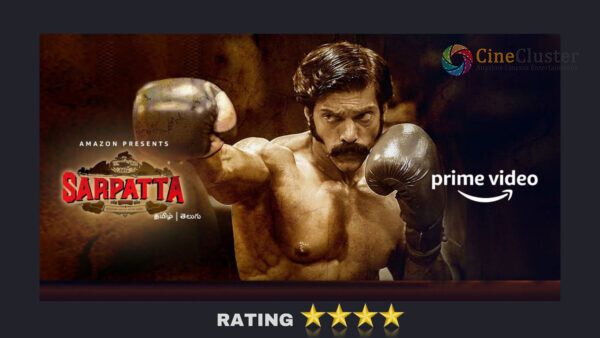 “I’m scared that i will loose”, “Just loose it down, this is sports, right?” 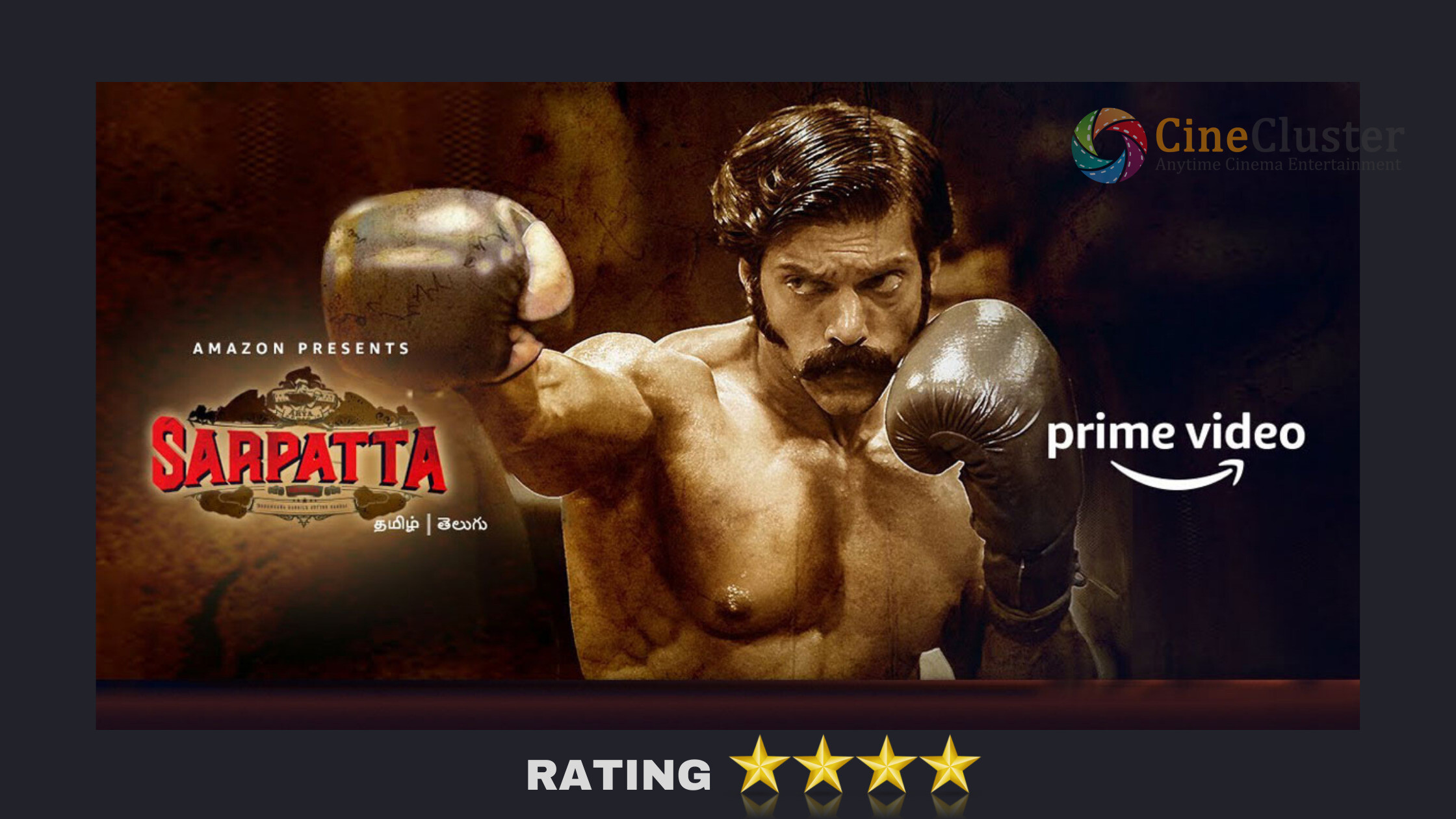 A young man from the Black Town of 1970’s segregated Madras finds himself with the opportunity to redeem his boxing clan and himself from years of defeat. Can he do it? Will he be allowed to?

An underdog sports boxing film that incorporates the political background. The Sarpatta Parambarai family is filled with working-class people. They have a history of great boxers but they also want to wipe out memories of being slaves to upper-class people. The reputation of Sarpatta clan is on the verge of extinction with no boxers to knock down their mighty opponents. We know Kabilan will rise to the challenge.

Always a sports drama has the similar kind of plot structures but Sarpatta Parambarai stands apart in this aspect. It’s a skillfully made film powered by great drama and strong characters.

Although the whites left our country, boxing, the entertainment game they left behind us, had a big impact. He has prepared the story of the film with it as the background. He has also emphatically recorded political ideas in his own style with this film. In the ’80s, he has shown furious English boxing in North Chennai with this film. It is commendable that P Ranjith has explored the story-based subjects to bring clarity to the story. without too many caste symbols, the way Ranjith said so superficially is simple.

A woman who has lost her husband due to boxing and its background is struggling not to lose her son either. This one line has been made in many Tamil cinema, but pa Ranjith has added a few interesting stories about the way the visual structure script went. as Kapilan’s (Arya) mother, Anupama has made good use of the opportunity to cry and love as a mother who insults the boxer.

Arya has done great hard work for the film. He has put on his body weight and polished it like a boxer. Arya has played the role of Kapilan. Like how the story is designed for him, he has done a great job with the story too. He has fought a furious fight to give him a voice without knowing the boxing scenes. Arya’s physical training and boxing effort for the film are very commendable.

Tushara has acted opposite Arya in the film. She has done a good job in the role of Mariyama. Tushara makes perfect use of a great opportunity to show all kinds of emotions like love, anger, affection, bravery, shame, noise and a little kiss etc..

Pashupati, Kalaiyarasan, Anupama Kumar, G M Sundar, John Vijay, Santosh Pratap, John Kokken and Kali Venkat play the lead roles. Pashupati, who plays the role of a vaathiyar, has become the character and has shown his personality and Re-established himself as a great actor.

Like Madras and Kabali, Kalaiyarasan has played a pivotal role in the film. G M Sundar sees the real verses as a guide of the idiyappa dynasty as the opposite of the Sarpatta . When it comes to verses that the life of North Chennai is that regional case, there are also some bad words in the film that can be seen. Even though there are many characters in the film, John Vijay, popularly known as daddy, will remain in mind.  John Vijay’s English dialogues and pronunciation of words are all uniquely enjoyable.

Though many people say that the length of the film is a little too long, when it comes to period film, pay a little more attention to it and some scenes may have trimmed. Kalaiyarasan’s character could have avoided going through the film in a mood of confusion.

Technically the crew is very meticulous. Their work is visible through the Amazon on the small screen. Ramalingam, the art director of the film, has designed North Chennai in the 80’s without a hitch. The boxing arena is amazing. Cinematographer Murali played the lead role in this. The boxing ground, the way the fight was visualized was amazing. The composer of the film Santosh Narayanan has been making great strides in making the film progress.

Santosh Narayanan has set the tone for the film with his excellent set of songs and background music. But could find little out of sync compositions. Editor Selva, the crew has done a great job as a gifted fighter. It is understood in many scenes that Anbarivu has the opportunity to win many awards for this film again. The biggest plus is that it’s out on prime and a large number of family audiences can sit and have their popcorns together from home. It is extra special that future youngsters will definitely watch this movie to know a lot about boxing and its specialities.