Shiva is a popular actor in the Kollywood industry popularly called Agila Ulaga Superstar among his Tamil fans. He was notable for his movies like Kalakalappu 2, Thamizh Padam 2, and Chennai-28. He always entertains the audience through his awful humorous performance. 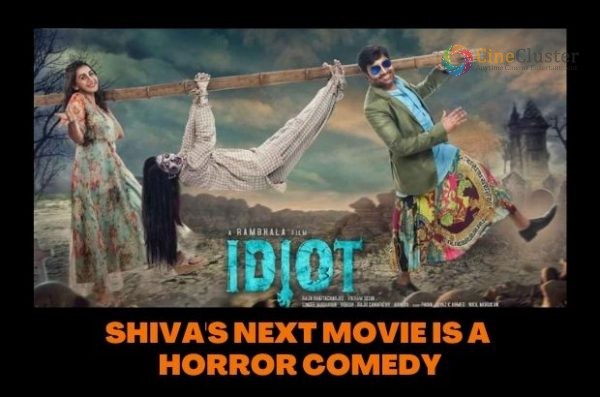 Now he has come up with a new movie titled Idiot. His upcoming movie is a horror-comedy under the directorial of Rambhala. His last movies are Dhilluku Dhuddu 1 and 2 with Santhanam and Daavu. Now, this upcoming movie idiot stars Nikki Galrani as the female lead. The music is scored by Vikram Selva and Cinematographer by Raja Bhattacharjee, the movie is bankrolled under the screen of Screen Scene Media Entertainment.

The first look of the movie has been unveiled and it features Shiva and Nikki walking in a graveyard with a pole that holds a ghost. Meanwhile, Shiva is currently waiting for the release of his movie Sumo and Nikki has Vattam and Rajavamsam in different stages of production.