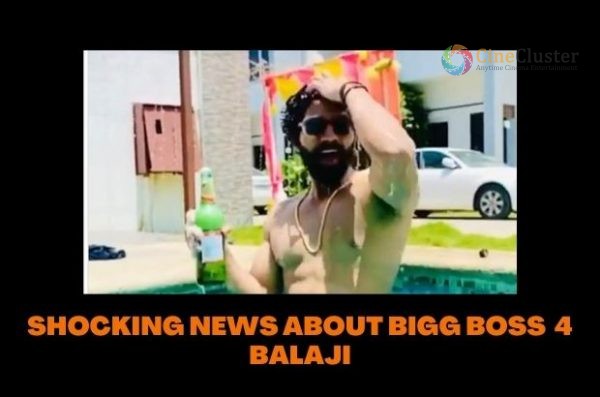 Bigg Boss 4 is the most popular reality show which has been running in a ravishing manner on TVs nowadays. Meanwhile, Balaji Murugadoss is a handsome hunk. He made himself popular by participating in the Bigg Boss 4 which was hosted by Kamal Haasan. When the show started the contestants slowly started to share their life journey and their failures and struggles with their housemates.

When Balaji was provided with a chance to introduce himself to his housemates. He emotionally addressed the audience that he was physically and mentally tortured by his parents. He further elaborated that his father is an alcoholic who used to beat up with the hosepipe used for gas cylinders even when he was sick in bed with migraines. He also added a point that shocked most of the audience. That is his mother was also an alcoholic who used to abuse him a lot. Finally, in an emotional state, he questioned them both why they should bring a child into this world when they can’t take care of it. His housemates and the audience felt very much and pity him for facing these kinds of struggles in his life.

Now the latest buzz created about him was, the internet provides us all the information in just a fraction of seconds. As part of this, a controversial video and photo have surfaced on social media that show Balaji in a bad light. The video showed Balaji in a swimming pool with bottles of beer and emptying the contents on his head by having a beer bath. Netizens are now raising their questions to him that his parents are only consuming liquor while he is having a merry bath.

They are also raising doubts that he is not what he seems a victim or a neglected child from his behaviors. As the video becomes viral, Balaji’s admin is deleting all those videos and photographs from his social media account. We have to wait for further updates upon this. Stay connected for more exciting pieces of information.