Varthamanam is the upcoming Malayalam movie that features Parvathy Thiruvothy in the lead. Now the shocking news about the movie is, it has been rejected permission for screening by the Kerala regional office at the Censor Board of Film Certification. The flick is helmed by Sidharatha Siva. The movie revolves around a young woman from Kozhikode who goes to the Jawaharlal Nehru University (JNU) to research a freedom fighter and the related issues she faces in her travel.

Aryadan Shoukath, a senior Congress leader and the film’s script writer and producer told that, “It is a set against the Delhi campus of the JNU and the student movement there. It also portrays how all of them joined together despite the political differences and shows secular ideas.  “We have received a notice from the board that the film has been sent to a revising committee. No reason has been mentioned in it,” says Aryadan Shoukath. 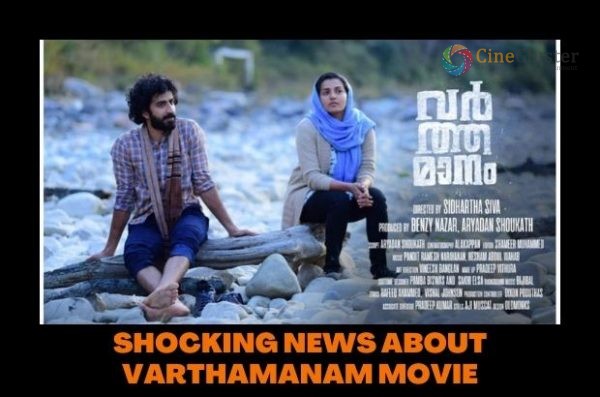 Sources told that though other members in the screening committee had suggested a few cuts, two members including advocate V Sandeep Kumar, a BJP leader, rejected the movie that is highly critical of right wing politics and said it can disrupt peace. A screenshot that is doing the rounds is of a Twitter post by advocate V Sandeep Kumar, who said that the film, which is about the abuse of Dalits and Muslims in a JNU protest, seemed ‘anti-national’. In the tweet, Adv Sandeep wrote that he opposed the film because its scriptwriter and producer is Aryadan Shoukath, in a possible reference to religion or party.

The tweet said, “I saw the movie Varthamanam as a member of the censor board. The topic was the persecution of Dalits and Muslims in the JNU agitation. I opposed it. Because Aryadan Shoukath was the screenwriter and producer of the film. Of course, the theme of the film was anti-national.”Aryadan reacted to Adv Sandeep’s Twitter post (which has since been deleted), asking how the film became anti-national. “How is it anti-national when you talk about the student protests in a Delhi campus, about the fight for democracy in India? It is all there in censor board member and BJP leader Adv V Sandeep’s tweet,” Aryadan wrote on Facebook.

We still live in a country that is a democratic, secular, socialist republic. Does one check the clan and race of the scriptwriter before giving permission for its screening? Cannot accept the undeclared emergency situation in the cultural field,” Aryadan retorted. The film’s first look poster was released in March this year by actor Mammootty. The poster showed Parvathy clad in a hijab. Actors Roshan Mathew and Dain Davis play important roles in the film. It is produced by Benzy Nazar and Aryadan Shoukath under the banner of Benzy productions. Let’s wait for more updates from the officials. Stay united and connected for more amazing updates.