Siddharth Suryanarayan is commonly known as Siddharth in the South Film Industry. He was last seen in Aruvam under the directorial of Sai Sekhar. The movie featured Siddharth and Catherine Tresa in the lead roles. The actor also has a separate fan base in Bollywood town. His notable Hindi movies are Striker, Rakeysh Om Prakash Mehra’s Rang De Basanti, and so on. Siddharth was also previously seen in a digital debut in 2019 with the Netflix Dystopian series “Leila ” and again now he is now all set to rock in a web series titled “Escaype Live.” 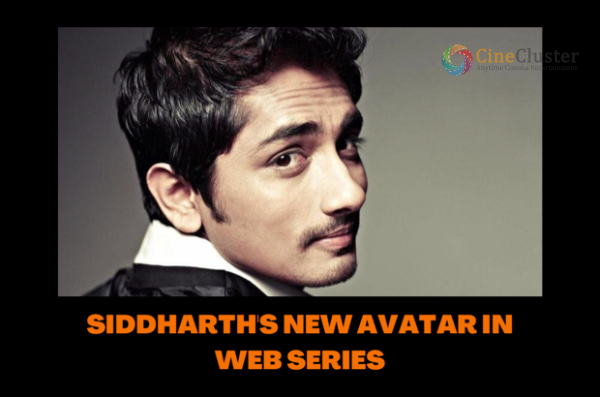 The show will be bankrolled by Siddharth Kumar Tewary’s One Life Studios. The series will be co-directed by Tewary along with Abhishek Sengupta. The web series revolves around the lives of five regular Indians who use a popular live-streaming app to achieve overnight fame and fortune.

Siddharth said that ” It’s a really interesting plot and the way Siddharth and Abhishek have panned the story out honestly depicting India’s young Indian and their digital affinity just blew my mind. I pick projects that I instinctively relate to and if it’s a script that moves me, I’m very excited about the scope of “Escaype Live” and how it will present me to my Hindi audience.”, he stated.

In the wake of the coronavirus pandemic, the actor said that the team will be ensuring that all of them take the necessary safety protocols to be followed and also will be adhering to all the rules and regulations laid down by the government. The production process is expected to commence by the running month. On the work front, Siddharth will be debuting in Indian 2 and Maha Samudram in Tamil. Stay in touch to receive more notifications regarding the web series.