Soorarai Pottru is the most awaited and much-anticipated movie which is nearing its release. The movie is directed by Sudha Kongara and stares Suriya, Aparna Balamurali, Paresh Rawal, and Mohan Babu. The movie is produced by Suriya’s 2D Entertainment and co-produced by Gunnet Monga’s Sikhya Entertainment. The movie is based on the autobiography Simply Fly: A Deccan Odyssey. 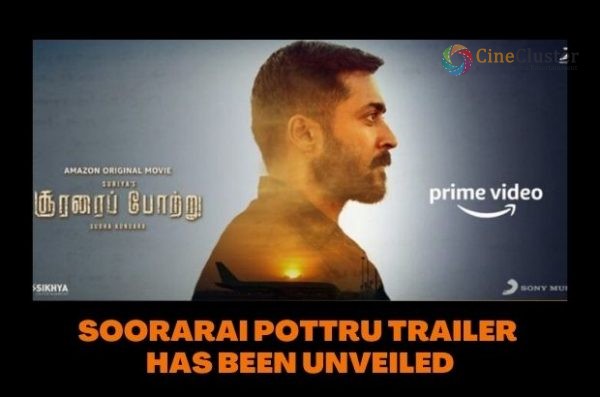 The book was written by Captain G.R.Gopinath, who chronicled the struggles that he faced in his pursuit to launch a low-cost airline service. Now the trailer of this much-expected movie has been released. Leaping through the teaser, The 2-minute trailer is an energetic presentation of the movie, that talks about one man’s ambition to make flying affordable for the working class.

As the trailer puts in, Suriya’s Maara, a man from a remote village takes mighty politicians, businessmen, and bureaucrats to realize his dream of launching his airlines by facing many tragedies. Earlier his adversaries mock the idea and even his application is rejected by banks and yet he seems relentless. How he achieves his goal is the exciting part of the movie.

This movie was all set to premiere on October 30. However, last week the release was postponed due to some issues in getting the NOCs certificate from the Indian Air Force. Now the movie will be released on November 12 according to the official update. stay connected for more official updates.