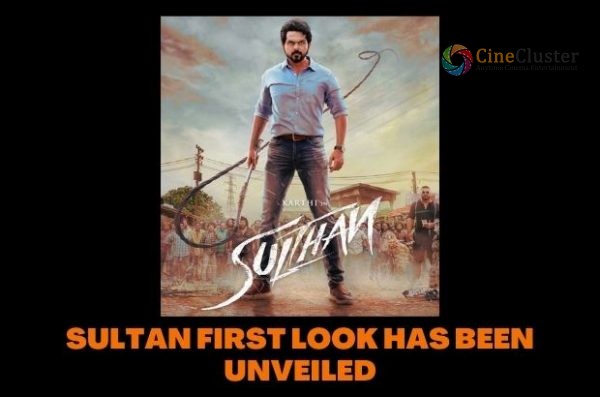 Karthi is the most popular actor in the Kollywood industry. his next much-awaited movie is Sultan which is helmed by Bakkiyaraj Kannan. The movie features Rashmika Mandanna, Yogi Babu, and Ponnambalam, and Napoleon. Being produced by SR Prakash Baby and SR Prabhu’s Dream Warrior Pictures banner. The movie will be a fun-filled action-romance entertainer. The technical crew includes Vivek and Mervin as the music composers, Sathyan Sooryan as the cinematographer, and Ruben as the editor.

Earlier there was a report that the movie’s first look will be revealed on the auspicious day of Vijayadhasami and now the words have been fulfilled. Today, the Twitter page of Dream Warrior Pictures shared the first look poster of the Sultan movie. In the poster, Karthi looked terrific as well as manly which attracted his fans. With the completion of post-production, the makers of the movie have planned to release the movie on the Pongal 2021.

Also, it is reported that there may be slight changes in the  date  according to the situation of the current pandemic. The producers are in a strong state, they  wanted to release the movie in theatres, not on any of the leading OTT platforms. The expectations of the movie have been growing higher in recent times, as the director is also working to make the movie a top class entertainer for all ages. Further official updates will be reaching us in recent times. Stay tuned for more breaking updates.