Suriya and Jyothika are the most adorable pair and a lovely pair in the Kollywood industry. They both have a separate and massive fan base. They both started their love journey in the year 1999 by acting in the movie Poovellaam Kettupar. The couple’s on-screen chemistry will always be mesmerizing and cute. The duo in the Tamil movies includes Uyirile Kalanthathu, Kaakha Kaakha, Perazhagan, Maayavi, and June R. And Sillinu oru Kadhal was their last collaboration which was released in the year 2006. 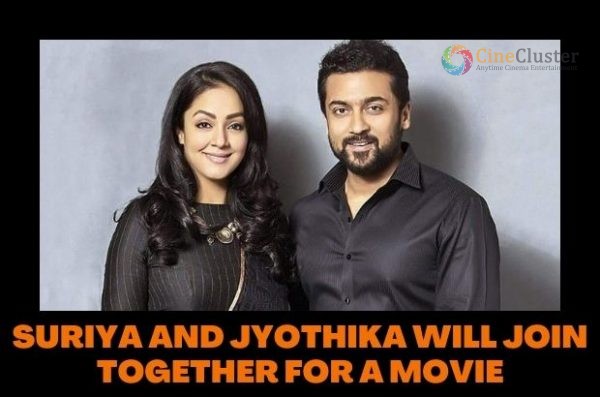 Also, they gave very happy news to their fans by getting married in the same year. Later Jyothika took a break to start her personal life with her new family. The couple has two children Diya and Dev. Again as a massive and grand comeback Jyothika reappeared in a movie 36 Vayadhinile and continued to work in powerful female-centric movies. Most of her movies also tasted a massive box office collection.

After that, fans are eagerly waiting for the duo-comeback for many years from when the Jyothika came back to the industry. Now there is happy news for the fans who are very keenly waiting for their reunion. Suriya and Jyothika in an interview revealed that one project is in ongoing progress and the official updates will be given soon.

According to the report Suriya’s movie with Jyothika will be directed by Sillukarupatti fame Halitha Thameem and will be produced by Anjali Menon. The official announcement is expected soon. Stay tuned for more exciting and official updates.