Suriya is the most successful actor in the Kollywood industry. His recent release Soorarai Pottru reached above the sky level and gained a monstrous success. The movie was released on the Amazon Prime video on November 14 as a Diwali treat. The appreciation messages came from all over the industry and the entire crew was on cloud nine. Even the team received a special appreciation note from Captain GR Gopinath. 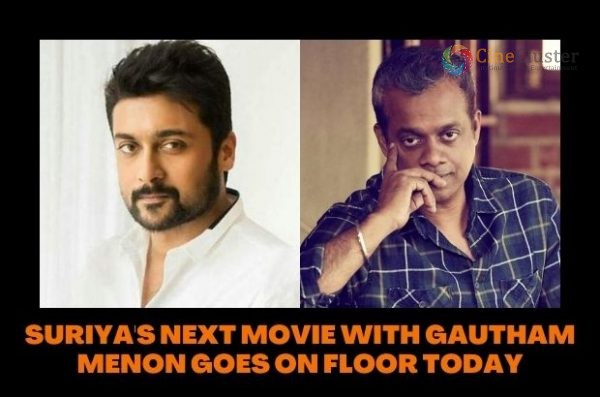 Following the peak of the success, now another official update about Suriya is revealed. Earlier it was announced that Suriya will be acting in Gautham Menon’s directorial portion of Mani Ratnam’s Navarasa with legendary cinematographer PC Sreeram. Now the team has come on board to start the process. PC Sreeram today wrote on his Twitter page, ” Shooting for @menongautham – it’s a web film starring Suriya. @Suriya_offl. Great energy on sets today!”. So it is officially confirmed that the movie enters the floors today.

It is also revealed that their part will be around 30 minutes in the anthology movie. Mani Ratnam’s Navarasa marks the reunion of Suriya and Gautham. Their combo of merely after 12 years is getting back now. They worked last in Varanam Aayiram and Kaakha Kaakha. So this hit combo creates more expectations among the audience. Navarasa is a movie that consists of nine short stories, each one depicting a rasa.

One among them is Gautham Menon’s direction. The other eight directors are KV Anand, Karthick Naren, Bejoy Nambiar, Halitha Shameem, Rathindran R Prasad, Karthik Subbaraj, Ponram, and Arvind Swami. More official updates regarding the movie will be reaching us in the coming days. stay tuned for more breaking updates.