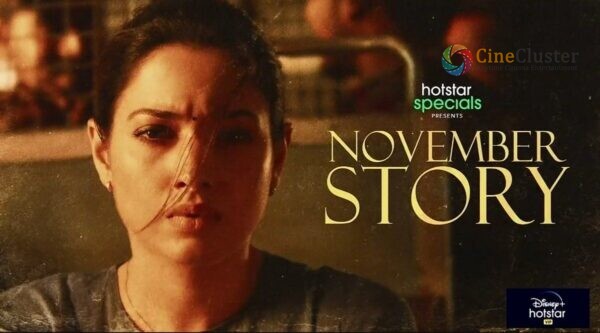 Actress Tamannah’s recent series November story got released on May 20. The series was released in Disney + Hotstar OTT Platform and has seven episodes in total. The series features GM Kumar, Pasupathi, Vivek Prasanna, Arul Das, Nandhini. The thriller is directed by Indira Subramaniam.

The plot of the story is about finding the original culprit of a crime. Tamannah’s father is a popular crime novelist who gets caught in a crime spot. He suffers from Alzheimer’s from the Past and so has no recollection about what happened in the crime spot. Tamannaah in the story works to save her father from being declaring him to be the culprit. November story is soon to hit a release on Vijay Television. The release is on June 4 from 10 Pm onwards. Stay connected for more updates.