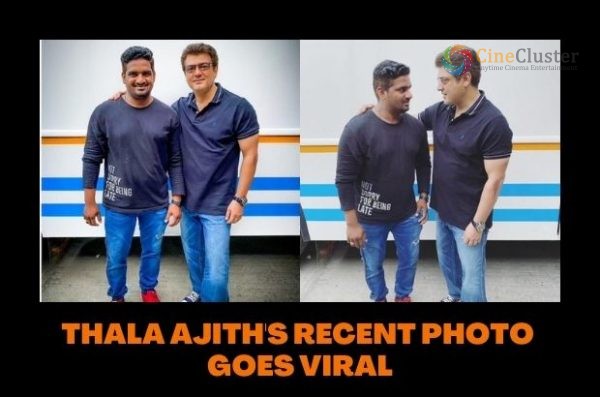 Thala Ajith is the ravishing actor in the Kollywood industry who has also got a massive audience and fan base. Now he has resumed the shooting of his upcoming movie titled Valimai directed by H.Vinoth. The team is working at Ramoji Film City in Hyderabad including Ajith. The photos of Ajith interacting with his fans have gone viral over the night.

The movie was put on hold due to the novel coronavirus pandemic. Now almost after seven months, the makers resumed their shooting process. After hearing about Ajith’s presence in Hyderabad, some of his fans were over-excited and gathered at the shooting spot to admire him. Ajith, outside his caravan, took some pictures with them and interacted with his fans. These photos went viral on social media.

It is reported that the makers of the movie might wrap up the shoot within the next 15 days. Earlier the team was planned to shoot the movie in Delhi but due to some permission issues, the shoot was replaced in Hyderabad. Valimai is produced by Boney Kumar and the music is scored by Yuvan Shankar Raja, Nirav Shah as the cinematographer. Stay tuned for more official updates.